Forged in fire, baptized in war – Alton the Reborn..

Ziost, former noble of the Imperium of Man has cast away the old trappings of his office and creed. His knight errant, Alton the Reborn does not sport the false honours of his old Order – only his allegiance to Legio Magna and the Dark Gods..

Now this has been quite the journey I must say! From getting a second hand knight that looked like this.

I originally planned to include him in my DKoK army and for a brief period this is how he looked.

Looks like shit right? Indeed! Luckily I had a chaotic intervention..

Over to the Reborn version. 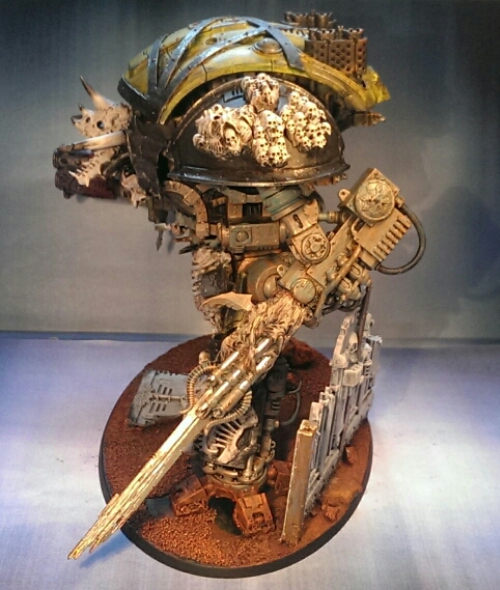 Here you can see his pauldron fixed with skulls – victims of a razed settlement. Also Alton’s mighty weapon, the bound daemon Kh’argzzor.

A better view of what the daemon has been reduced to. 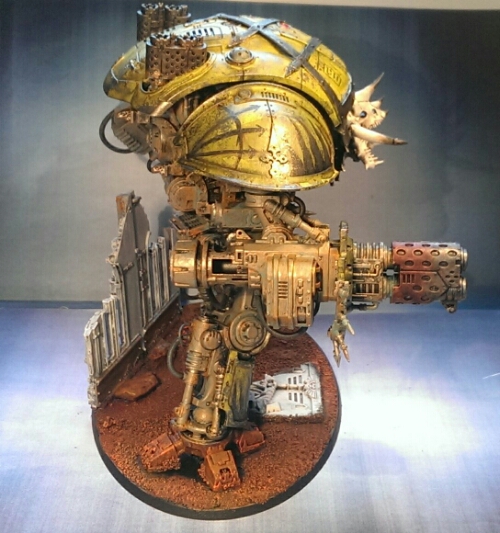 His mighty thermal cannon. Seldom allowed to cool off.

His other pauldron showing his allegiance.

Striding over some unknown ruins.

More of his simple markings. This is a variant Legio Magna symbol.

All Legio Magna machines sport tokens from their battles. Especially those that baptized them to the Dark Gods. 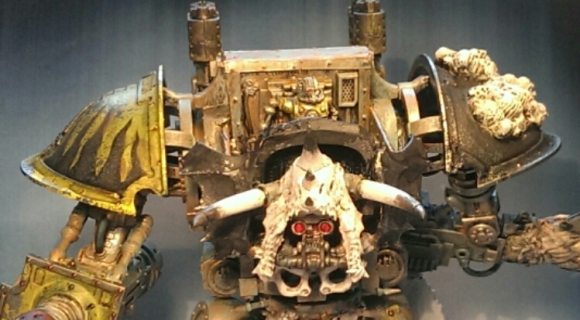 The master of the Machine. Ziost.

11 thoughts on “Forged in fire, baptized in war – Alton the Reborn..”