Oyvind is known for his very creative conversions and with following it up with a very solid paintjob. This is why he’s already won quite a few prices, notably winning the best painted AoS army in this years national tournament.

The first picture shown is actually his tzeentch lord on disc. Here’s the disc.

How that big fella will balance up there I don’t know but I’m sure it’ll look great.

Next is another tzeentch lord.

A very creepy character and the chains are a very nice detail!

Then it’s a few Chosen. 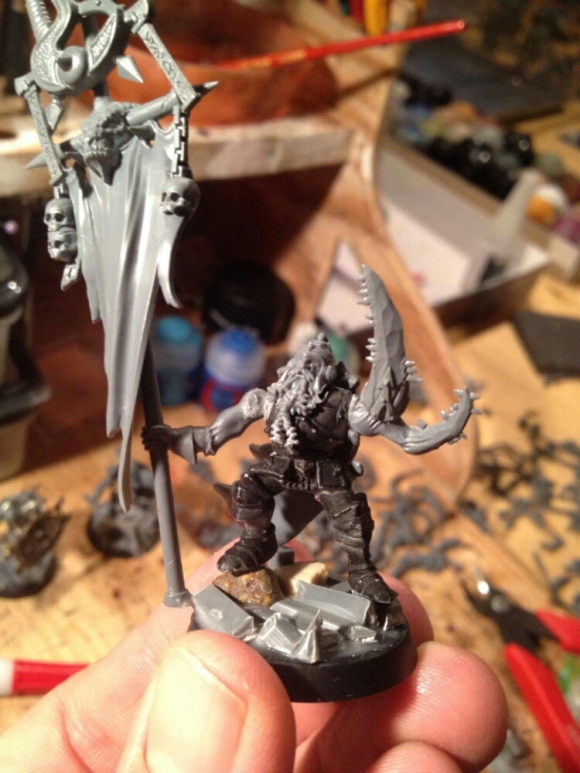 A slew of great miniatures. Note how he’s used the fyreslayer heads for great effect.

Then it’s an early wip of his giant. 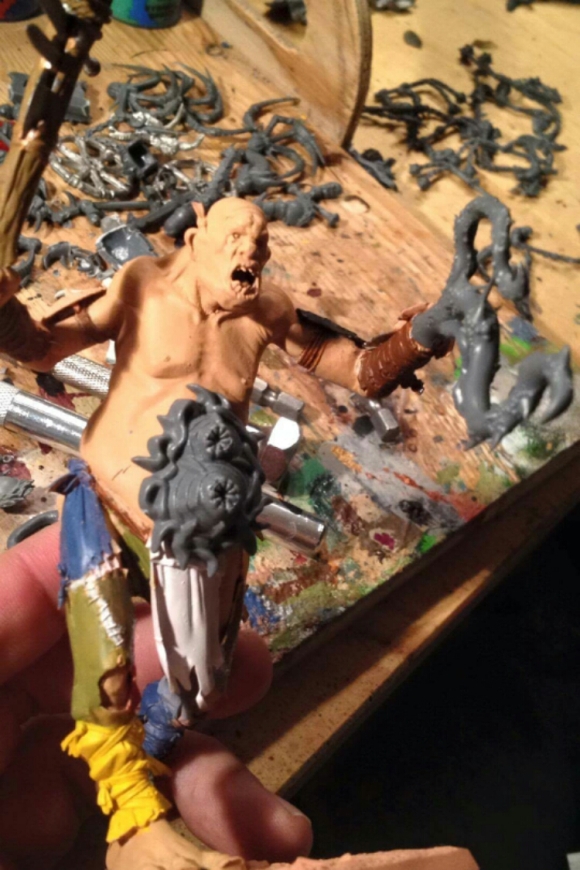 This one still needs loads of work imo but I’m certain Oyvind already has a great plan for that.

Then finally his mutalith, which is almost surprisingly stock.

It was also a part of Oyvinds national tournament army actually.

So there’s one of my Path to Glory companions early WiP warband. Creativity is our bread and butter in the gaming club 🙂

Hopefully I can show more from this warband and the others as they develop further.

9 thoughts on “Feature. Another tzeentch warband!”