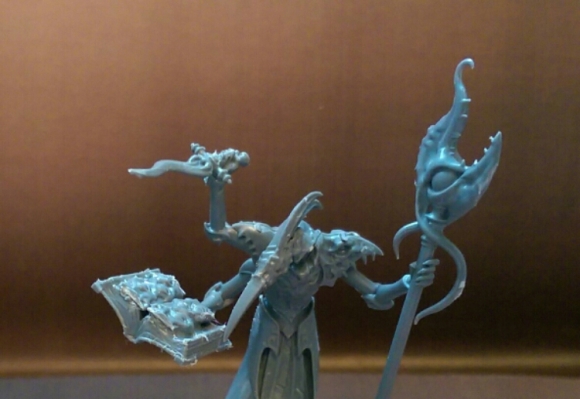 Hurvald the Summoner in all his WiP glory prepares the Tower for new adventurers..

I only did minor changes to the core miniature as the bird head changes the aesthetic so much anyway. 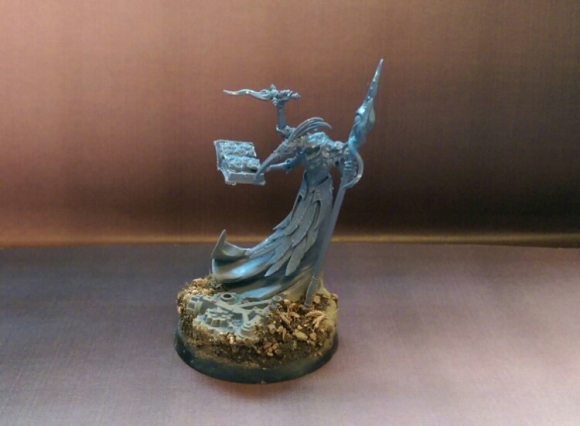 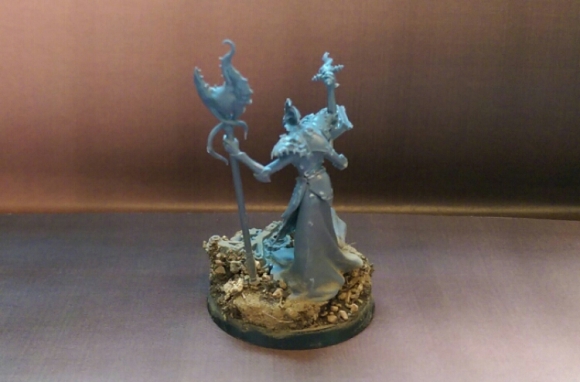 Really nice staff of tzeentch on this one, maybe one of the best.

The armour that the new tzeentch line has is sublime.

And that concludes the roundabout.

In other news I’m working on the fyre *(cough) dwarf (cough)* slayer and loads of gribble adversaries.