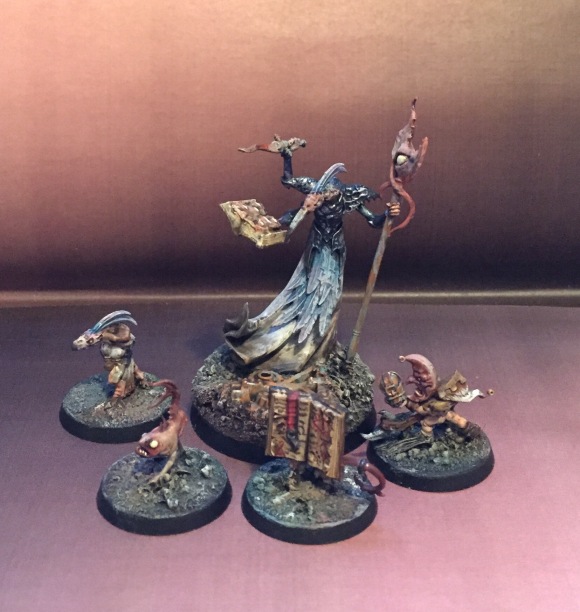 ..and so the last adversary is complete..Hurvald the Gaunt Summoner face the heroes at last..

The whirring and clanking machinations of the Tower rumbled constantly, and evershifting..

The master of the Tower (or was the Tower the master) opened the book of Victims and let them see the new adventurers..to see the futility of facing the Tower..

Hurvald laughed softly, of malice or resignation no one knows..most likely not even himself..

And such is the lasting image that flickers away as the Tower rearranges anew..

Well that went well! I have a little handfull of miniatures left that I want to do but I’m in no rush as I want to pursue my next project for variaton 🙂