It seems the Tower wasn’t finished with me..

I’ve toyed for quite sometime on how to make a cool Flamer of Tzeentch. I don’t really like the last 2-3 incarnations of the model. I do however really like the old oop one that almost looks like a flower.

So that’s the background for..

The Wild Flower from the Garden of Tzeentch

It or rather she had drifted around the Garden, enjoying the tranquil screams of the haunted spirits trapped in a fugal state.. 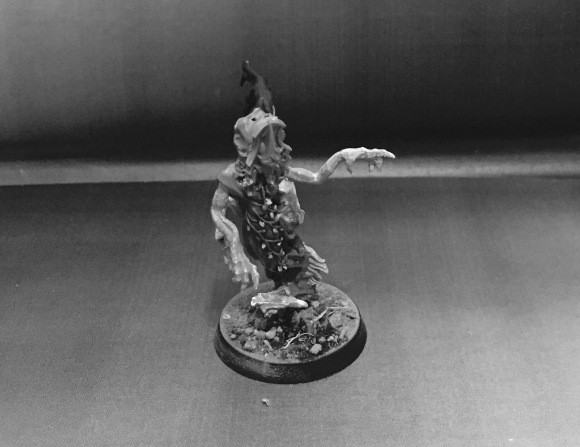 ..alas the screams where cut short..blissfully being laid to rest..

..new and unknown creatures..vermin who had emerged from a portal where laying her Garden low.. 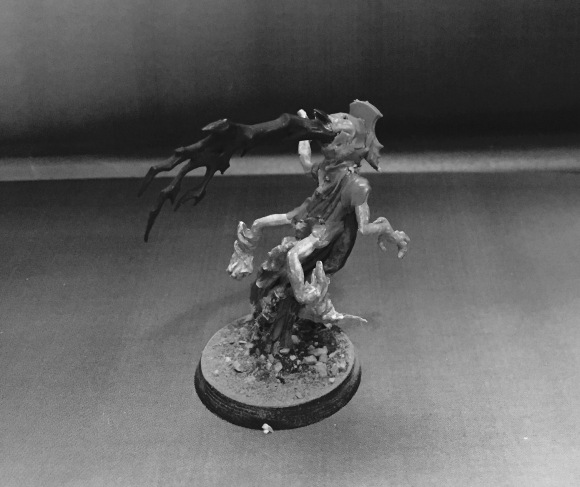 Filled with rage warp flesh burst into cindering flames of Change as she screaming and leaping aimed to lay them low..

Man that chip was good to get off my shoulder 😉

Seeing as the pics are very moody but in reality black & white so as not to distract from the glaring colours of the original source of bits – here’s some WiPs.

Nothing way to fancy here but it took ages to find the right bits to put my ideas into a miniature.

Pre greenstuff. At least I think so but I can’t remember for sure.

Anyways, painting next but I’d love to hear what you have to say 🙂