Crossbreed
..an animal resulting from a cross between two pure breeds.. 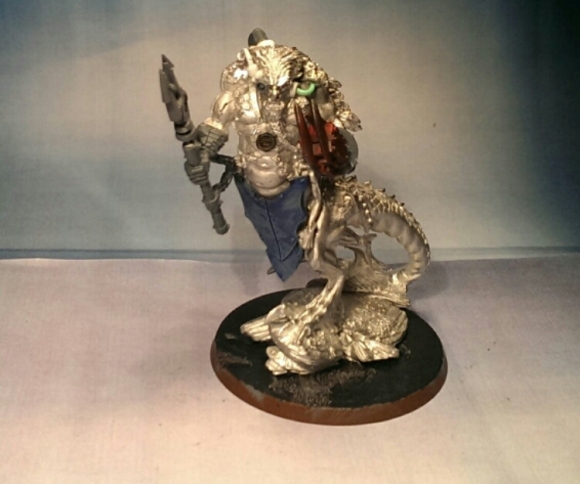 I feel the shoulder pad made him to pompous so I removed it. The Merciless crew is many things but pompous is not one of them. In my opinion at least 😉 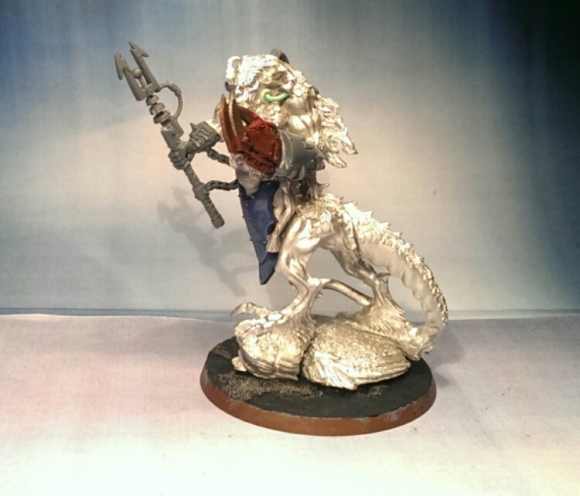 His powerstaff is heavily modified to suit this beast. It is a crude tool but destruction is the crossbreeds trade so it fits. The bionic arm also ended suitable brutal. Couldn’t let tiny Mean-machine outgun him in that department. 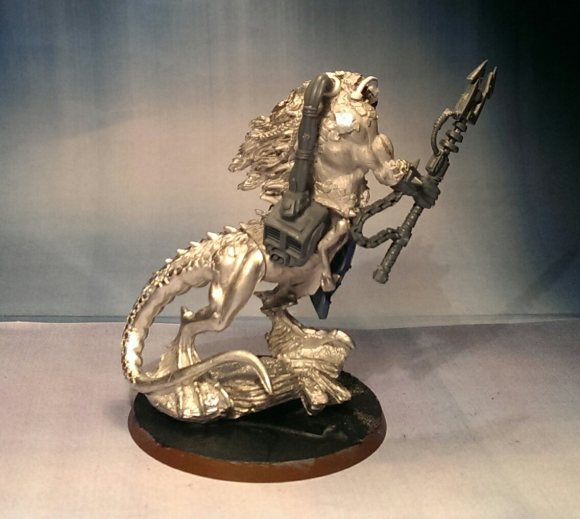 Did you notice the pair of atrophied arms? A zoat normally has 4 legs and then a proper upper torso of a humanoid basically a centaur. The crossbreed however is a lesser being and has several genetic faults. The bionics helps on several body functions and allow him to be fairly independent.

I’ll hit the greenstuff next and we’ll see where we’re at after that.