..of Matters Arcane and Magic #3

My quest in recreating the twisted images from Liber Chaotica: Tzeentch continues..but I hit a speed bump this morning..

As you remember from the last post my warband leader is Hurvald Windblade and I’m basing his pre-daemonhood character on this sketch.

After some really useful advice I broke the first version in more pieces again and pinned it all together to elongate the arms, neck and the beak.

While the body of the Gaunt Summoner which is the base model is quite detailed I will need to add a few bits here and there. 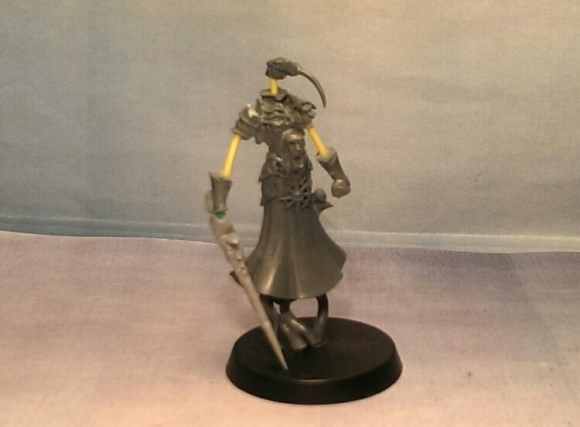 All in all I think I’ve nailed the frame for the model. Now it’s over greenstuffing 🙂

But yes, the matter of the “speed bump”..I can’t not try be a part of this 🙂
No worry though as I’ll continue the warband for Path to Glory anyway.