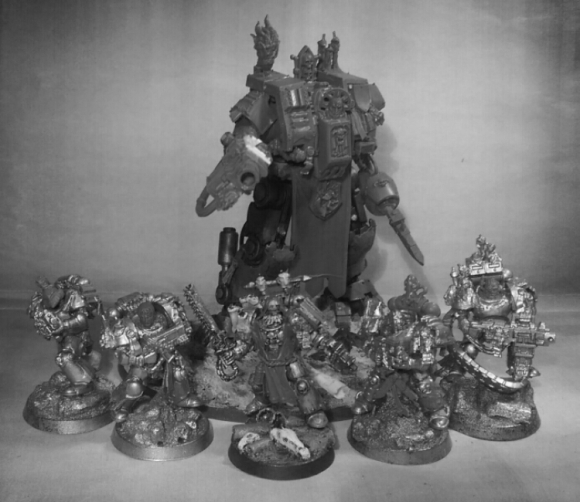 To deal with Nestorian, this elite team has been drafted from the White Scars, Imperial Fists, Dark Angels, Vlka Fenryka, Iron Hands and led by the Blood Angel librarian Fravashi. Such is the threat of the Nestorian Infestation that those chapters normally not willing to directly ally or support the Inquisition has now done so..

..They carry candles to remove the spoor taint and holy icons to ward the mind..

..And faith..the most important tool of them all..