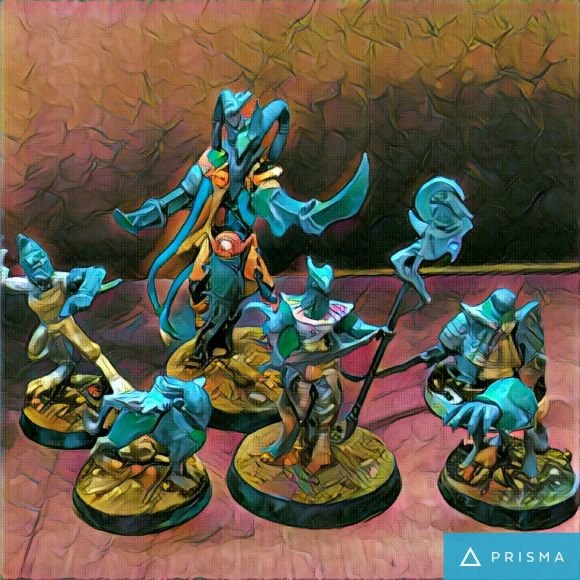 Making a bunch of cool heroes was difficult but I’m quite pleased with these.

I’ve been messing around with the hero sprues that come with the set but beyond the chieftain nothing has passed. So I started from scratch and made something totally different instead. Tzeentch is still prominent here, but it’s an usurper that wants the power of the Gaunt Summoner for herself.

Now technically there’s not much thought when it comes to rules and such but that’s matters for later 😉 But straight off the bat she’s a tzeentch sorcerer and that’s what matter most. I see myself using these for WHQ, Frostgrave and even Mordheim. Okay, enough about rules – it’s boring! Miniatures are not 🙂 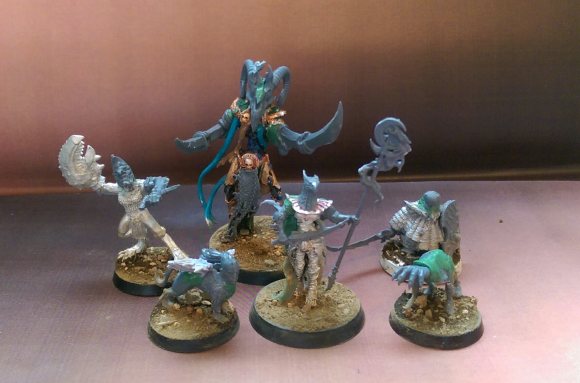 Ark’nalax Kia and her servants are preparing to overtake the Silver Tower..

Mistress of Tortured Souls, Ark’nalax Kia is set to reclaim her lost power and rebuild her broken body. 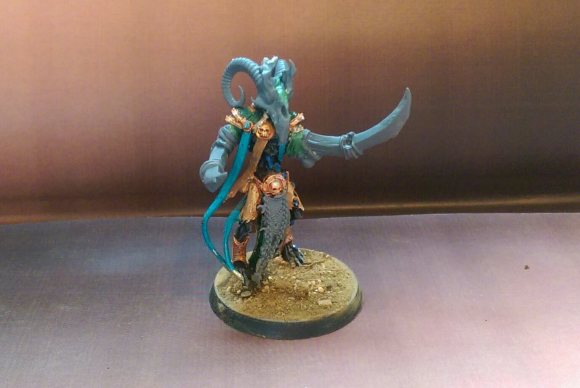 Bone golems are potent undead constructs made entirely of bones.Their long, scythe-like arms can cleave through the heaviest of armors. Fortunately, despite their strength, they seem to be rather rare. 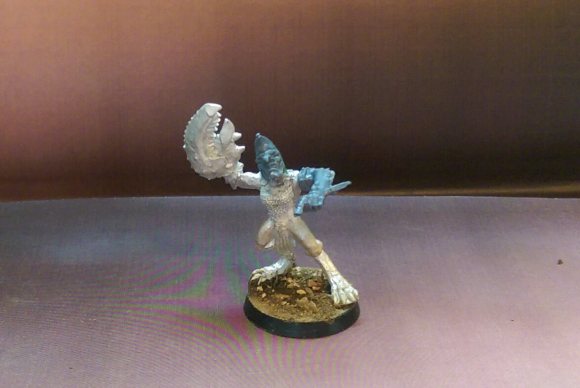 Rakshasa. On the path of spawn hood..the only thing matching the horrifying appearance is her lethal and violent nature.

Purushamriga, the young aether sfinx. Self proclaimed guardian of his mistress.

So a different little crew, should be fun to paint 🙂