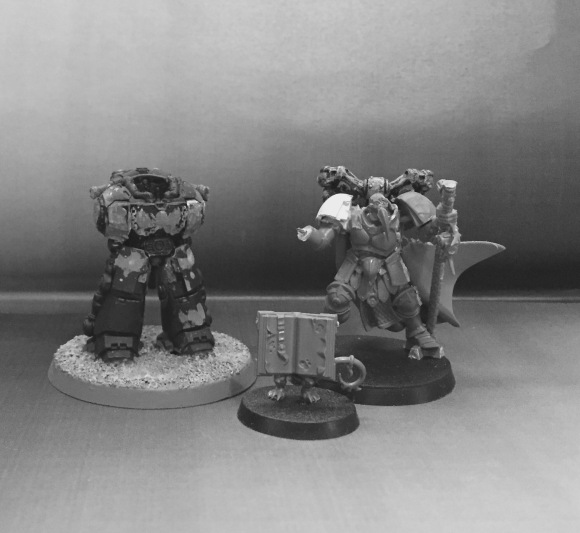 Wait..you didn’t think I’d leave Hurvald out of this project now did you?

It’s a laughable early wip and it really doesn’t say much but what you’re looking at is the leader of the Acolytes on the right hand – Hurvald a Thousand Sons kabalite and his companion a Rubric terminator. Both are truescale.

Hurvald for those not getting it is a recurring character of mine on my tzeentch projects.

I have some very specific artwork that I’m inspired by, especially on the Rubric terminator

As I said, this really doesn’t show much but it hopefully gives an idea of what’s to come.

4 thoughts on “Illuminating the Abyss #14”