Participated in a competition over on Chaos Dwarf Online, competition details here. In short it’s taking a chaos dwarf out of his comfort zone.

Lucky me with me having a winter theme eh! That’s already out of the dawi zharr comfort zone I would reckon. Here’s what I entered.

WiP
I wanted to use the holidays and that I’ve wanted to make a count as great taurus with Grom the Paunchs chariot for a long time. Enter Santa Zharr!

I started with the base. 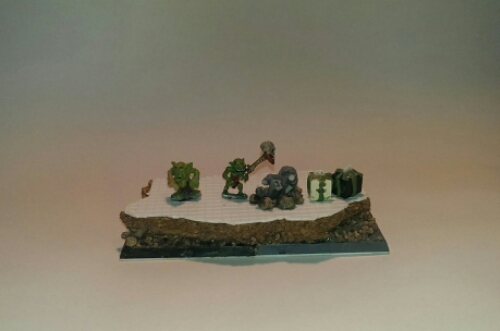 Made a little diorama of two Grots making some Christmas dinner (dead humie slave) over a fire, just received a couple of presents.

Next it was making a little baby taurus.

Simple conversion, a bit comical but in a cute way.

Finally it was the sled with Santa and his helper. 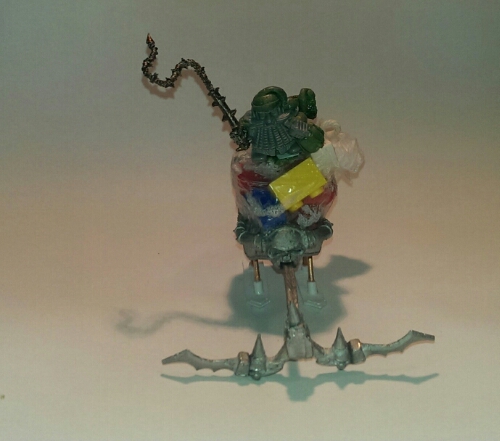 1) Santa.
Monopose warrior with greenstuff hat. Whip I don’t remember where it came from. I think an old chaos or beastmen mini. He holds a small package in his other hand that I made out of greenstuff.

3) Sack.
Plastic bag with Lego. Tested to fit and then numerous rounds of glue to give it a hardened structure.

4) Sled.
As said, Grom the Paunchs chariot. Reduced the harness from three to one animal. Also made a simple undercarriage with skis.

When I put it all together it looks like this. 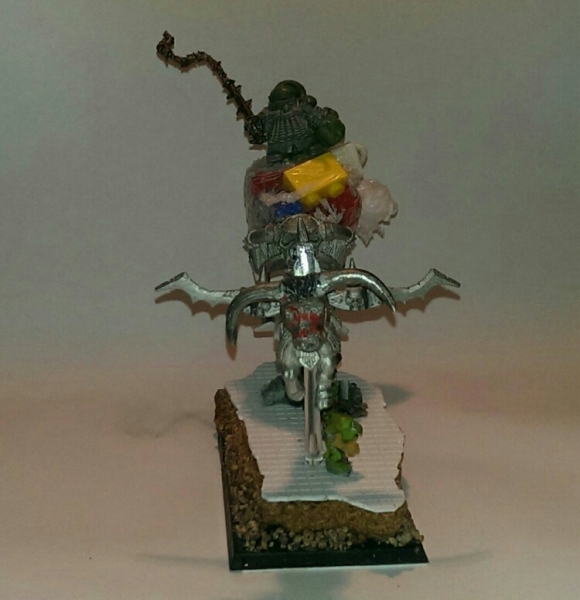 Santa Zharr.
Conditions for the slave stock in the Fang was as bad as in Zharr Naggrund itself. Only blistering cold instead of sweltering heat.

Though it is much harder in the cold areas to get hold of slaves. This leaves them with hard choices.

Once a year all slaves are given free from labor and can celebrate Zharrmas. This gives the slaves something to look forward to and even raise production as the best slaves gets the best gifts.

Handing out those gifts are not done lightly though and in true Dawi Zharr fashion there is a twist even here. The Lord of the Fang gives the responsibility to the lower ranked prophets to humiliate them and keep them in their place. Forcing them to use a ridiculous hat instead of the honorable big hat and riding an overburdened sled pulled by a baby taurus and handing out gifts to the slave stock as Santa Zharr. Well safe to say it is not a task volunteered for.. 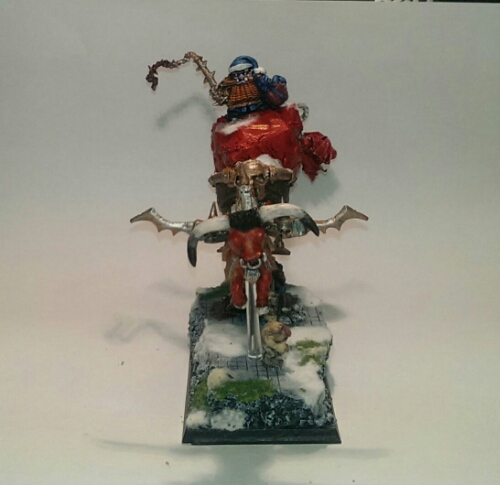 Here’s some closeups of the individual pieces. 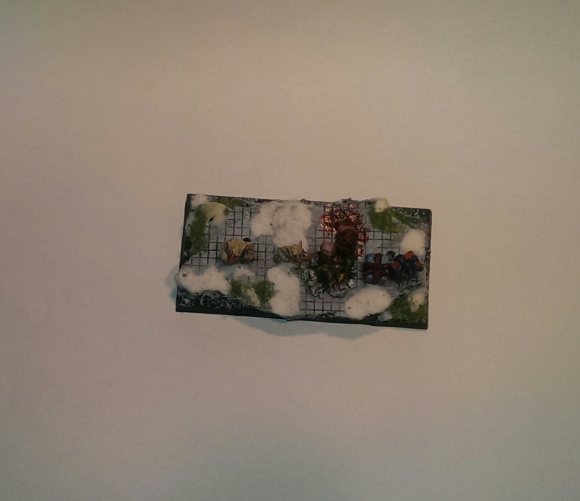 Just followed my standard paintscheme for the army and the job is a good one!

Won silver in the contest as seen here,  and here’s the rest of the entries.