4 Comments
By bigbossredskullz Age of Sigmar 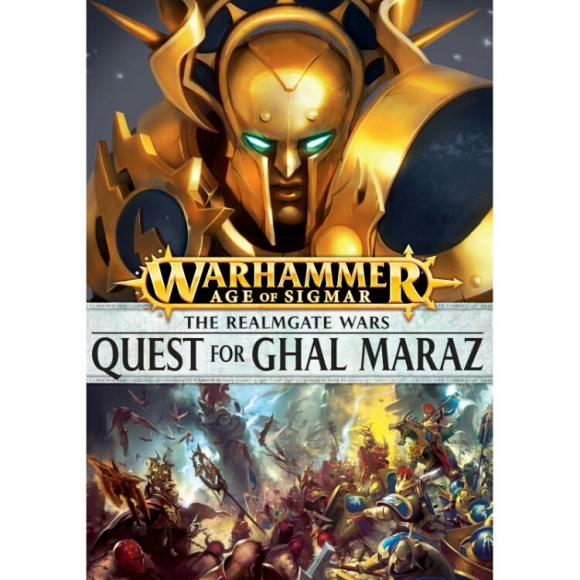 Received my copy of volume 1 in the Realmgate Wars and here’s my thoughts on the book!

In general
Like the first book this is a high quality product following the style of AoS and GWs hardback books. This one clocks in at 240 pages.
As with the first book the battleplans aka scenarios are interwoven with the narrative story. At first I found it a bit impractical but now that I’m used to it I like how it presents the product. Besides there are ways of getting the information you need out of the book without me saying how you’ll do that 😉

Narrative
No spoilers so don’t worry!

The story in this book isn’t even halfway so lofty as the first one. That one was a bit too grandiose for my liking though I understand why as a buildup of what’s to come. Here we get to know both the heroes and their forces as well as the bad guys. Much like FW narrative books and the ET books. This is a very strong point and I found it very engaging as I can more easily relate to this more “normal” level cast than all of the gods in the first book.

With such a solid narrative I at least got very excited with the..

..Battleplans!
The battleplans feature scenarios from key battles in the narrative but these can easily be played out of that context. As the previous book there’s 8 battleplans of 4 pages each as well as Time of War rules to give the framework rules for that particular battle and the realm they fought in.

Since the books are back to back I haven’t been able to absorb everything well enough to offer any comparison between the battleplans in each book but suffice to say I’m gleefully looking forward to playing through them all!

Scrolls and what not
There’s a lot of content here as well. Besides getting the AoS core rules you get all of the Stormcast and Khorne scrolls. In addition Clan Pestilence has a lot of scrolls; plague- priest, -monks, -furnace and verminlord corruptor. Nurgle has Glottkin, Morbidex, Lord of Plagues, Gutrot, Blightkings, nurglings and chaos spawn. The highlight for me however is the Warscroll Battalions.
Stormcast Eternals has 3 where 2 is new. The Thunderstrike Brotherhood is in both books (starter set content).
Khorne Bloodbound only has one but this is a new one featuring among other the Exalted Deathbringer.
Skaven Pestilence has two battalions which also Nurgle has.

Conclusion
It’s a bit early to say what’s good or not ruleswise but for some reason I’m not so bloody fussed about that aspect. I’m instead very interested in playing the narrative as it unfolds and I’ve taken steps to make sure I can play both sides in the Realmgate Wars. Safe to say I’m hooked! Warscroll Battalions will be my measuring stick.

As my parting words I’ll reinforce my stance that I’ve taken several times on various forums. If you actually intend to play this game you need to see beyond the 4 pages of basic rules, beyond the starter set scenarios and actually embrace the books, the narrative and which side you stand on. I’m ten times more interested in playing now than I’ve ever been for the game and I CANNOT WAIT for volume 2 🙂