19 Comments
By bigbossredskullz Age of Sigmar, Realm of Chaos, WHQ 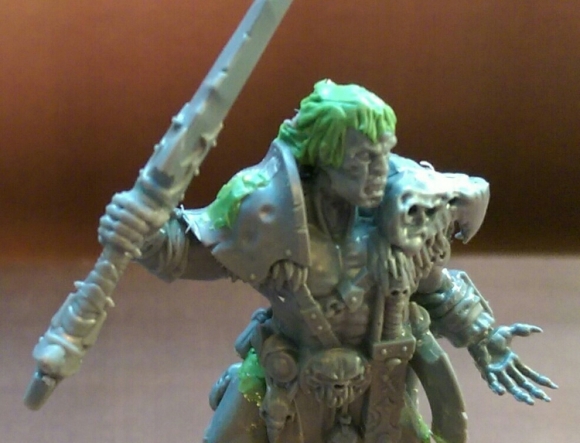 I’ve worked hard on my first hero the Darkoath Chieftain and here’s the results!

Note I’m a fan of the original model but the head really fits in what I have planned for my 30k EC and I wanted to distinguish my Chieftain anyways. 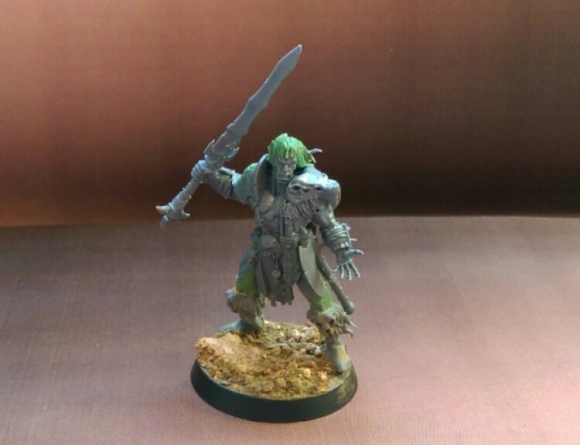 I basically opted for the classic barbarian look. Maybe boring for some but I’m very pleased with it! 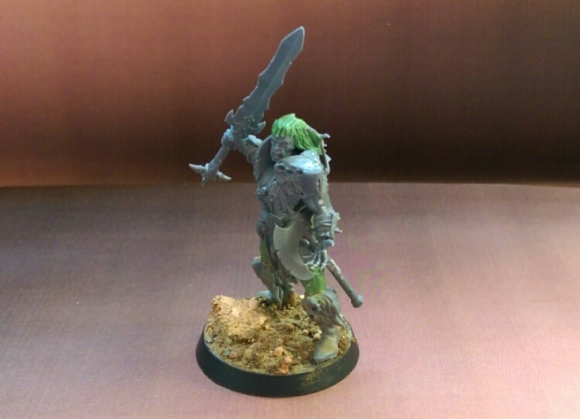 I think it’s because I’m a product of the eighties and big muscled heroes where quite the thing. 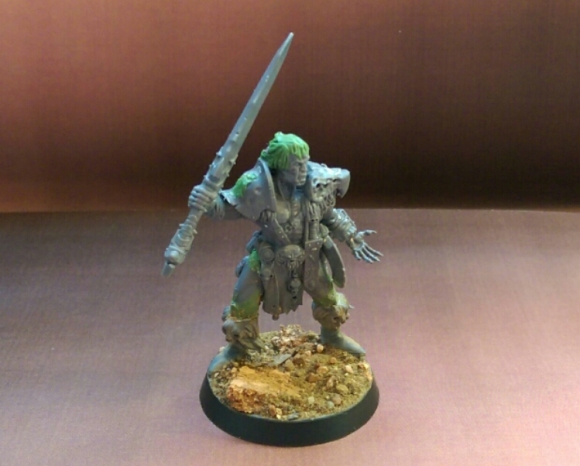 Okay. So I removed the stuff the excess stuff on his shoulder armour as he wouldn’t have been able to swing his sword properly with those things physically in the way.

The sword is big so I made a longer haft so he can use both hands and be able to adjust his grip. 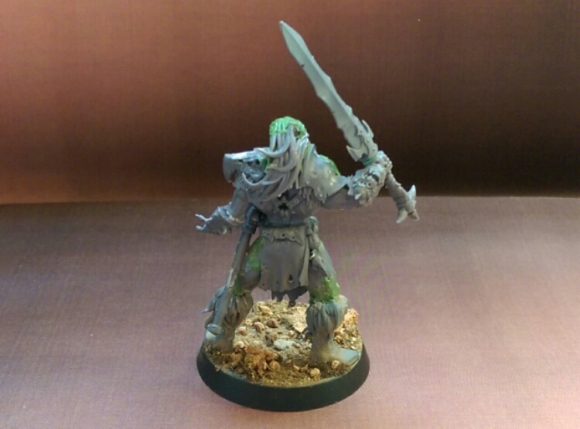 “Heroic hair, blowing in the wind”

The axe I mounted on the belt as it can’t be used simultaneously with the sword even if he’s a big fellow.

And that’s about it! Next up it’s the first of the adversaries.