Release the Wolves of Blood upon them..and tear Vortapt apart with fangs and claws..!

Making rules and building as you go can be tricky. One logical error was that my Goremage, who can potentially change normal Pact lads into Blood wolves in a game – well said Blood wolf wouldnt look like this straight off the bat. 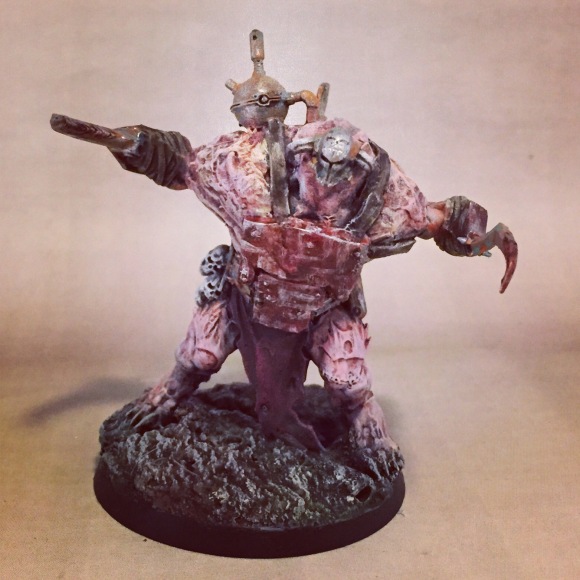 The techy bits and especially the little servitor wouldnt appear out of a Blood red mist even. So I decided that this one is the Alfa. A keeper that they have modified and kept in stasis until they need him.

So how does a blood wolf look like right after changing?

I think more or less like this. Tatters of cloth and tech. Strained and blown up musculature. And mad as hell.

Need to write another character scroll though, as the Blood wolf scroll per now is written for the big one (alfa)..

..in other news the stalkertank is progressing!

It’s coming along but man it’s a lot of work!