On the barren land

It almost is but isn’t.

So I finally found the inspiration and motivation to make an undead warband (no pun intended). Much in part to Helge’s newest warband for his bone forest and because I’ve always been a fan of the classic black and white skeleton based armies.

One of my all time favourite armies 🖤

So I went into my pile of WDs searching in the earliest part from the 90s. 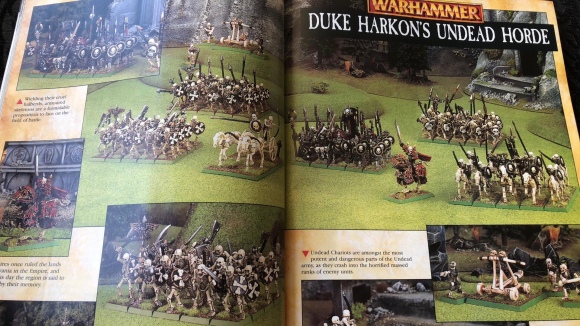 So classic, so good. All bone and black with the splash of red on the vamp 💀

Actually I found that the newer the versions the less I liked them. Am I turning into an oldie here 😂

With a mood board in place I started considering what type of undead warband I wanted and what I could draw from the pics. I made some short points that would guide me;

As I always do with a rough idea in mind I dive into my bitz boxes. This is what I came up with;

Not bad as far as variation goes 🖤

So let us take this from top to bottom. 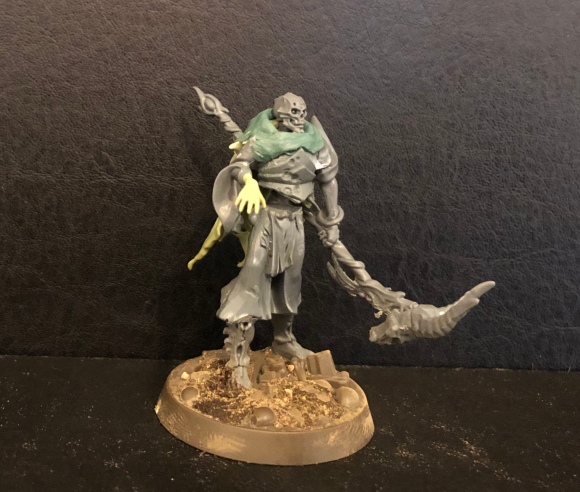 I used the head and legs from the new undead range in AoS, flagellant body and nighthaunt bits. I wanted him to be tall, imposing yet simple in appearance. This to be a strong contrast to the wight kings.

I wanted the same with the paintjob. I teased some more warmth in his bone/exposed bits to hint of his human origin.

He doesnt have a name, but Usurper is a fine title, context and all. 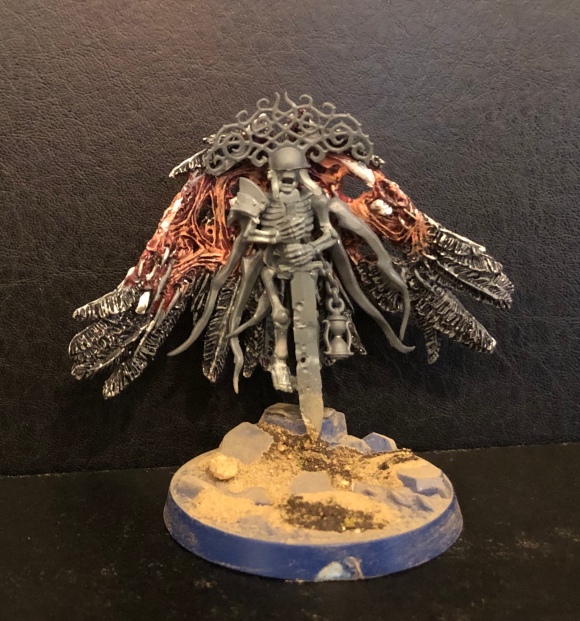 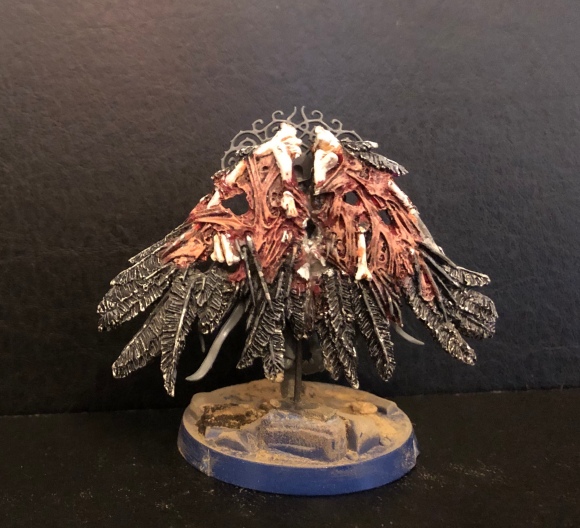 Built using the wings from an old metal tomb king vulture and simple skeleton bits the result is still an angelic apparition if there ever was one. I really like this build as it really sets the tone for both power and tragedy.

He lords over the more plain skeletons I made that I felt kinda obligated to do.

Simple but effective. I dropped weapons as I didn’t see the need. They’re weapons in their very nature.

Based loosely on Lord Wolnir from Dark Souls 3. It fit the bill as I only had the upper body from the tomb kings giant.

He has no underlings. Honestly, what need does he have for any..?

The last wight King for now is a strange creature. I made him from the oop lower body of Nagash, blight King and nighthaunt bits. Lovely 🖤

Binding spirits down to make them do his bidding is his forte. Alas his origin is not know, but human it is not..

I’ve started on his underling, which is a NON (😬) skeleton mini, namely a banshee.

Love the result though! So I think she will be cool to paint. I don’t think I’ll do an etheral type paintjob but stick to my main colours for the warband. Thoughts?

I actually have quite a lot in the pipeline but what I can show now is this.

I want a powerfull wight King on a steed, but here’s his underlings first.

I also started on a display-, storage- and transport box;

Very early but you get the gist I hope 🙂

Thats it for now, hope you like and stay safe & healthy 🖤🖤🖤