As many have pointed out my meganobs have so far been very uniform. I agree on that and I’ve now split from the huge assembly line over to doing the three separate mobs that the formation consists of on their own. This should work since its all kustom and my memory is terrible so no two should look the same on default.. First up the bare-heads!

My old kustom killa kans where made of a huge plasticard tube. Since I don’t need the old kans I tore them apart and used the hull as the exaggerated jaw. Some teef and rivets later and “jobs a gud un”!

After that had set I glued on the flaps on the sides to get more bulk. 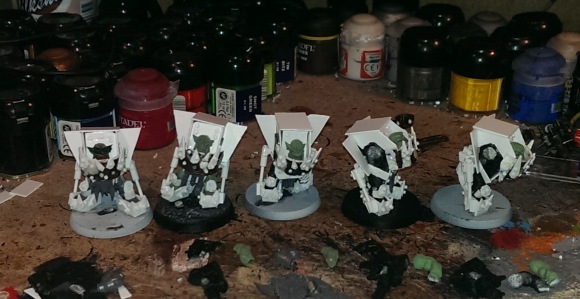 They will be trimmed to get a better angle on the pads as you can see I’ve done here before I glued on the pads. 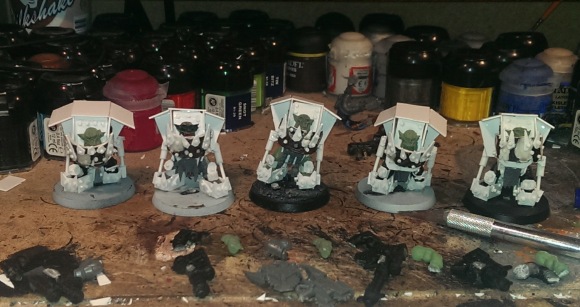 Nearing completion on the main body it was over to the back. First just a plate to hide the innards.

Then detailing. Rear, side and front.

Really stoked on how they look, they’re massive and look ded killy even without arms! 😀

That’s it for this time, part 4 will be arms, cabling, chipping and basing in preparation for the basecoat.