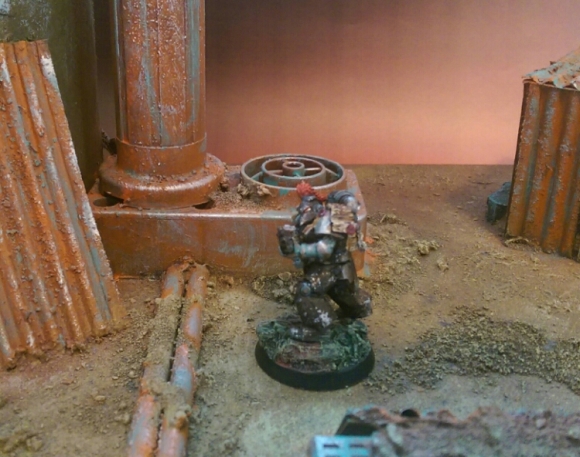 Tor’ghan of the Scars hunting those infested by Nestorian.. 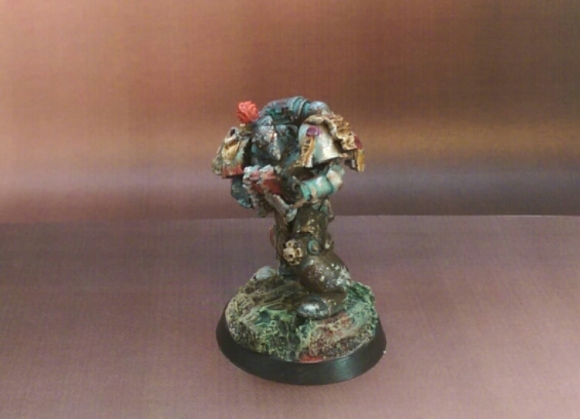 His armour bearing unnatural wear and tear from the toxic environment the Cult has released upon this hapless world.. 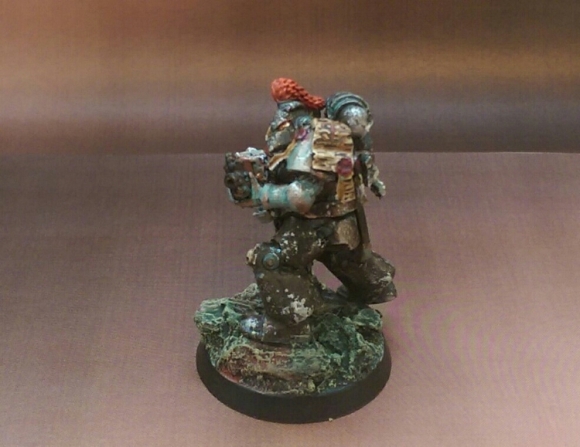 The insurmountable odds Tor’ghal and his temporary battle brothers face would make even great men falter.. 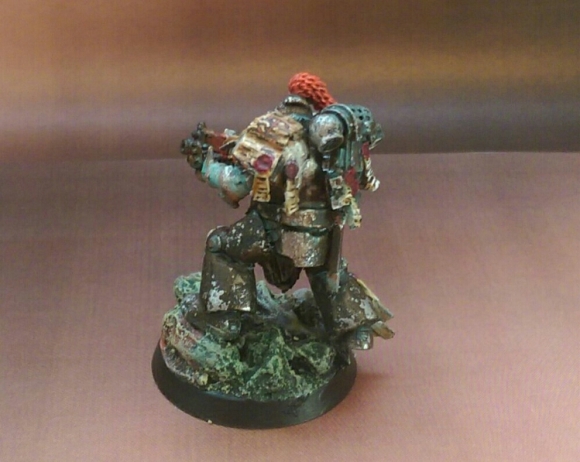 Faith and courage keep them going in the face of this heretical horror.. 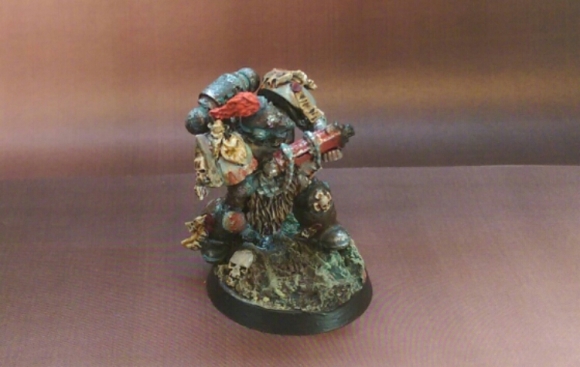 Holy candles and reliquaries protect against the xenos spoors.. 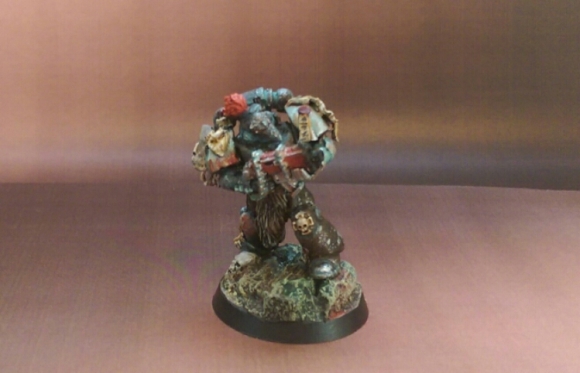 But what truly keeps Tor’ghal, son of the steppes, a rider of the storm, Khan of his people and brother of the Watch sane…is thoughts of Chogoris..and the mantra of his people..

I am the punishment of the Emperor…If you had not committed great sins, He would not have sent a punishment like me upon you.

Well that was different 🙂 I’ll be the first to admit that I’m not a big fan of painting Space Marines and I didn’t exactly feel that this one was going anywhere until the very end. 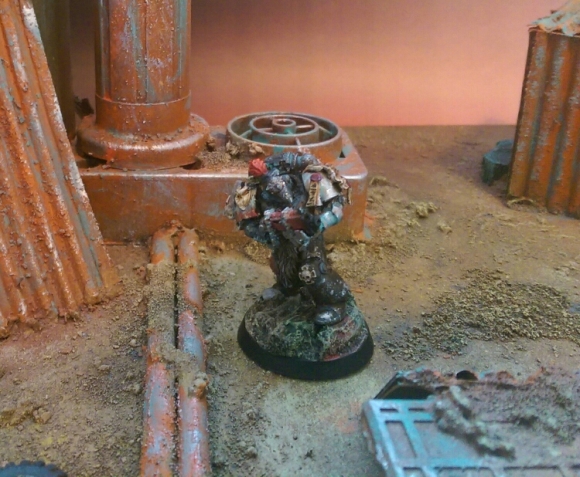 Now I’m actually quite pleased at the result, especially the lenses and the pose as it signals that he’s far from done despite taking loads of damage.