13 Comments
By bigbossredskullz Age of Sigmar, Realm of Chaos 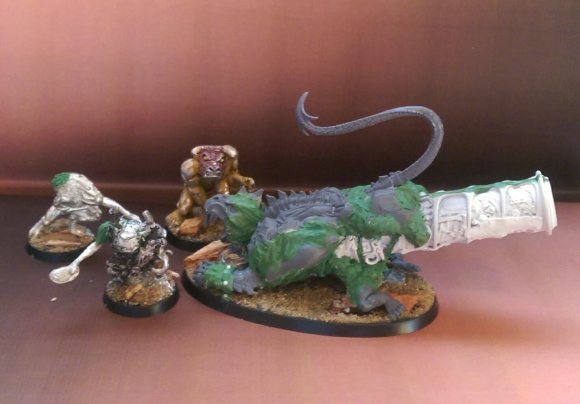 I don’t know if any amount of explaining will get me out of this hole. But let’s talk about the infamous “ass cannon”..

So where do one get such an idea you might ask. Well as probably a few know I’m a huge Chaos Dwarf fan and I’ve got a small army of big nose / big hat edition ones. But before that edition you had all kinds of crazy. Like this.. 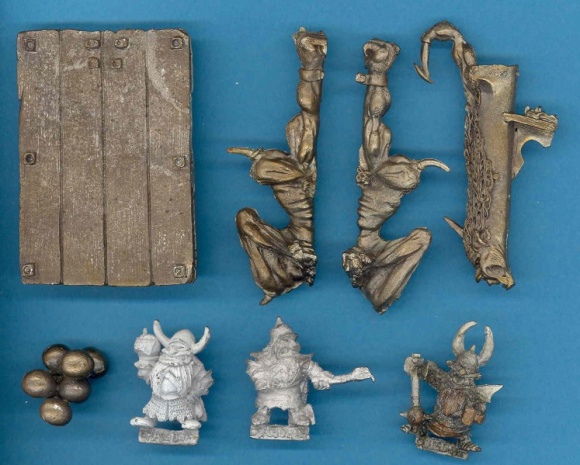 ..and if my PtG project has shown is that it’s the home of crazy 😉 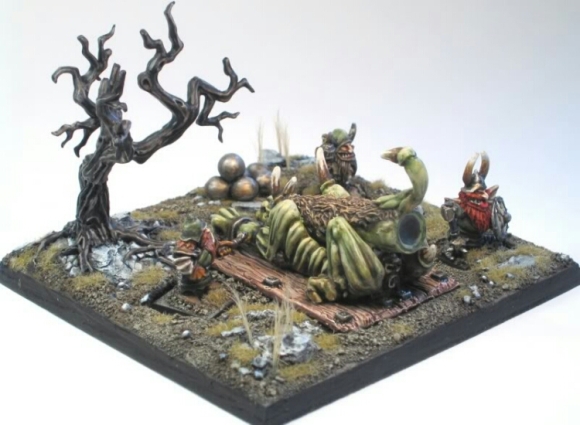 A fantastic piece here BTW, great basing. Let’s compare the original one with mine. 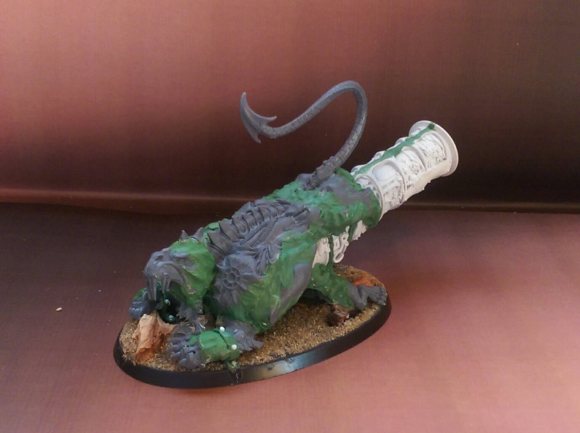 ..and the other angle. 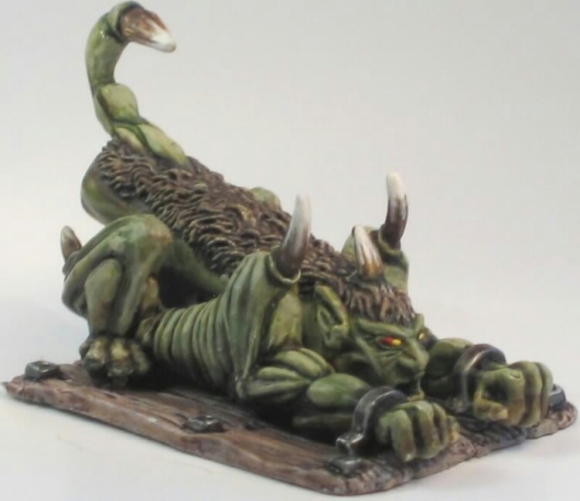 So you can see that I’ve quite literally used the same pose and key elements in my build.

Speaking of CDO and asscannon..well then I need to show this piece. 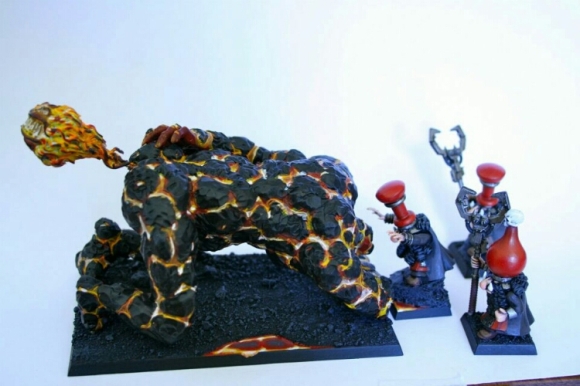 tjub's work, a master of greenstuff and the style he has is sensational!

It’s a quite brutal piece TBH but I think tjub did the right thing with making it look like a lava construct. Makes it less brutal. Less.

So I’ll make the bound daemon as inhuman as possible with the color palette to dampen the overall a bit. Now I haven’t talked about the crew and why I used these miniatures. Firstly they’re some great individual pieces and vintage at that. I just wanted to include them into something and this was the best fit bridging the old asscannon with my newer take.

Well okay that’s about it I guess. Let’s hear it in the comments 🙂