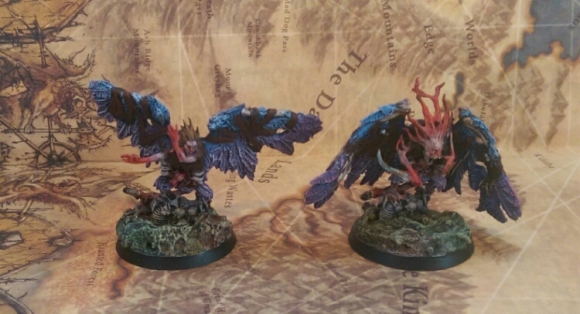 ..along came the two chaos spawns the Infernal and Flameborn..

..hopping along after the warband..rambling incoherently to everyone that would and would not listen..

..though none made much sense..still Hurvald the Lord of Aeons accepted their presence..

..and so Hurvald the Infernal and Hurvald Flameborn where allowed to follow the warband on the Path to Glory despite their strands of fate having run out in the worst possible manner..

I really needed that! Meaning getting these two painted 🙂 Suddenly my motivation for getting this project finished is back and I’m gearing up to complete this to the best of my current abilities!