Hobby time is at a minimum but at least I’m almost done with the starting lineup. Only lack my two Slayers but I have one Blocker more than I need for my starting roster.

Based on the old runner model I used bits from the new BB dwarf sprues and from the White Lions sprues to differ them from the rest. Note that these guys doesn’t have the big Lion shoulder pads. 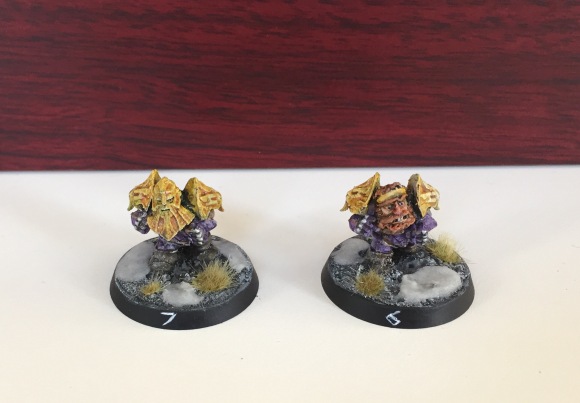 Again just simple conversion work from the blitzer minis. The stuff I’ve done is just to avoid duplicates as long as I can. Love no.5!

The Slayers are already pip so I hope I can wrap up the entire team (star players and deathroller included) by wednesday as that’s when the new season kicks off.