Mega-armour Warboss. Mine is bigger than yours..

Yesterday I had the most visits in the short period I’ve run the blog. Even more than when Faeit covered me in his “what’s on…” series. Funnily enough it was an even tie between the battle report and part 4 in the meganobs series. So that has definitely given me the confidence to do more battle reports in the future!

Okay over to the case at hand. My kustom built mega-armour warboss. I’d sure like to see anyone else with a monster like this! As in please show off or link as it would be fun to see 🙂

What I’m most pleased with on this build is that I think that it’s not a totally over the top but a plausible sized suit  for a grand warboss of a proper Waaagh. Luckily in some ways is that Ghazkull is now a Lord of War. This guy kinda fits the bill right there so I’ll be running my MAW as count-as Ghazkull. 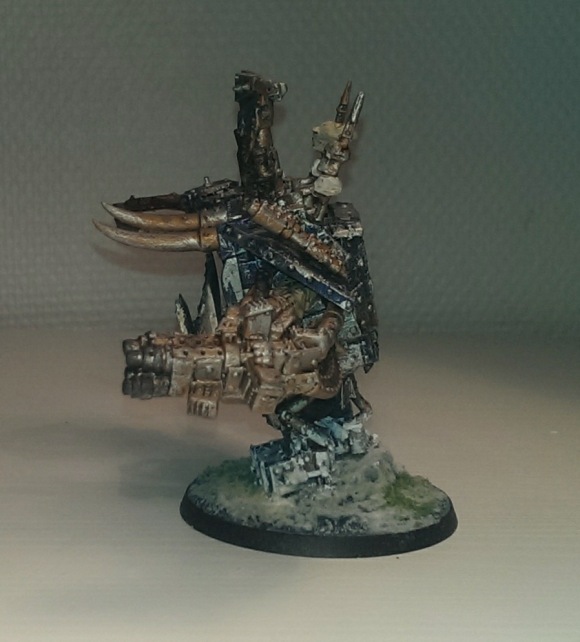 I pretty much just painted him up like the meganobs. I think that the level I’ve set is good enough, even for a LoW.

Since scaled pics are fun, here’s him with a standard warboss. 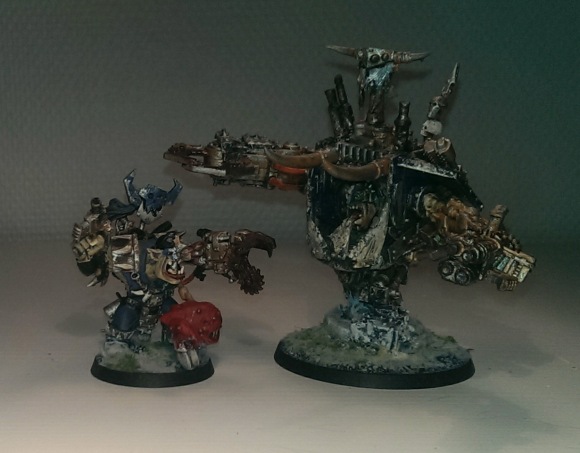 And another one, now with a Deff dread.

My next HQ project will be a big mek. Mega-armour and tellyporta blasta. I’ll be using a stock metal meganob as base and build arms and the tellyporta from scratch.