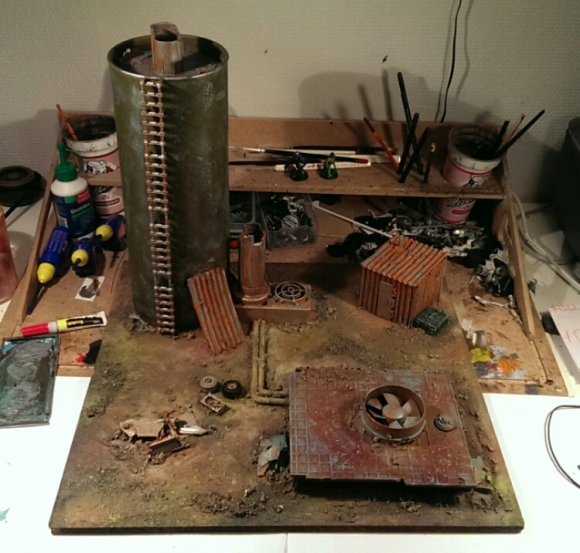 There’s loads of reasons why this took so long but basically I took my time so I could get it as good as I felt I could achieve with it. I’m basically painting this as I would with my miniatures. Oh and

You can also see I’ve added a lot of texture. Both on the base itself but also on the structures. I made a mix of bicarbonate soda, sand, gravel and pva glue and scooped it on. Not very easy to work with but the end result makes it worthwhile.

I still have some details left that I need to paint but the major stuff left is some posters and throw-ups.

So opinions so far?