Sister-Guardian Zorya stand as an extra security measure on a captured Witch..

..why the abomination has not been executed outright is not known..

Sister Zorya is armed with a deadly executioner axe often used by the Sisters assault units.

The trapped witch strain against the holy bonds. Sacred wood believed to have been touched by Him. 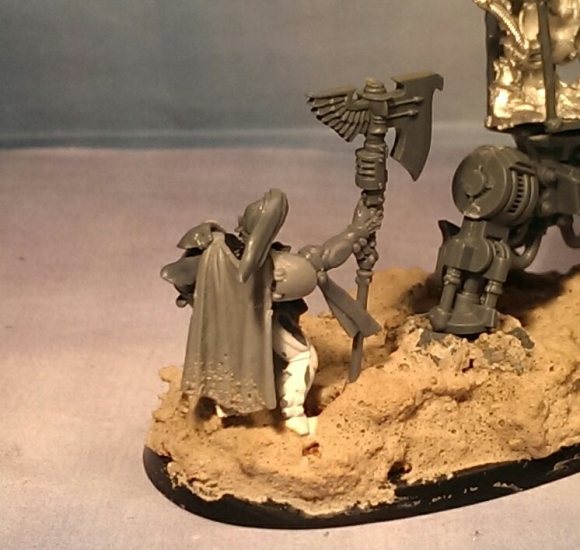 Sister Zorya is one of few in the Violet Dagger with a cloak. Why this is differentiated is unknown. 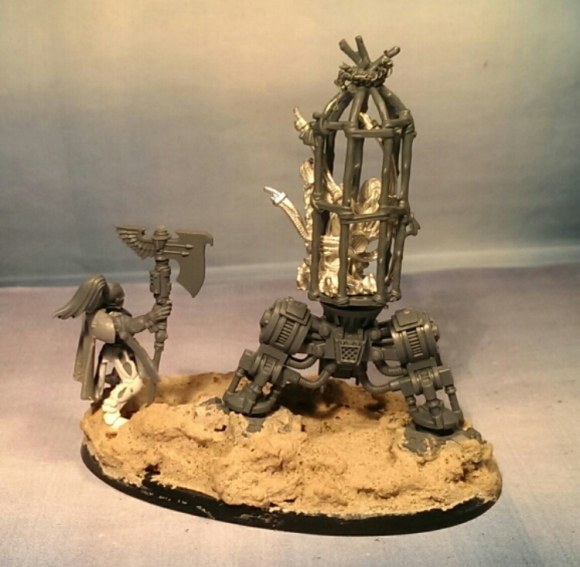 The Submission unit is a very basic servitor with no brain function. This is probably to avoid the captive witches to exert control over it.

So a fun little piece that ended as a mini-diorama. I just wanted to use some of my new bases and allow myself some space to work on.
Sister Zorya is more or less complete but the Submission unit needs a bit more work before I at least pin it on place.