12 Comments
By bigbossredskullz Age of Sigmar, Realm of Chaos

The last member of Hurvald’s Chosen has arrived..read more about the Chosen here.

The end of my course is finally here and I’m going home early tomorrow morning. I had one goal while being away and that was completing the 5 Chosen and lo and behold it is so 🙂

An absolute giant of a man, clad in sacred chaos forged armour..the only thing matching his size is his cunning ways..

Sigbaal is actually based on a very cool sketch.

Again not a mirror image but the hunched pose, massive armour and the drawn face with eyes on the scalp are important features I wanted to include.

Even if he in some ways look a bit bland he demanded an absurd amount of work actually.

But as the Realm of Chaos era is important visually I think it was worth it as you didn’t have the elaborate armour yet then. 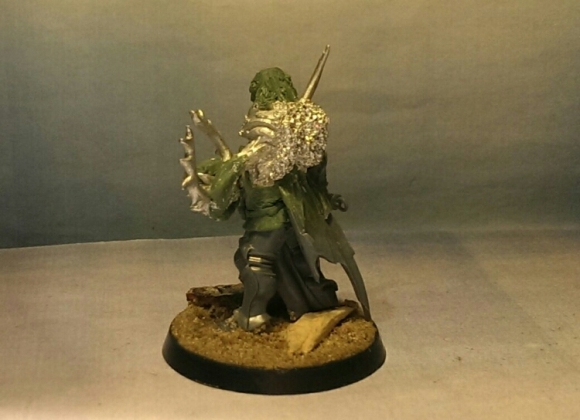 Here you can see I’ve expanded on the original tentacle arm. I used an armature for ease of work and pose on the arm.

All in all a fitting champion imo. 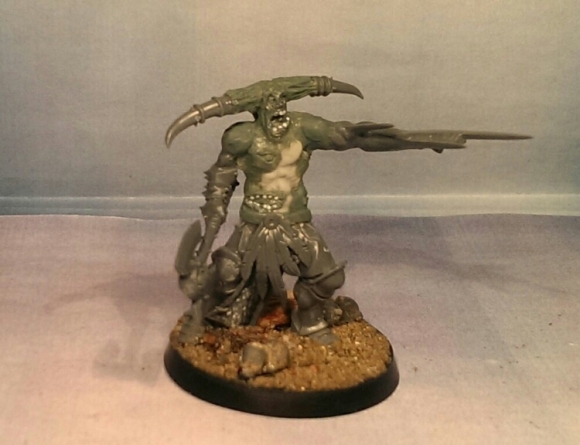 The first to join Hurvald the Warbringer is a true champion of chaos and can always be found in the thick of fighting..

The one that started it all! Still is one of my best miniatures imo 🙂

The symbiotic daemonspawn attached to his latest host body..

A very different character as he is only behind the wheels of a mighty warrior but very fitting for tzeentch I feel.

The Hsss are a tribe where they all have more or less the same mutation which is uncommon among the followers of the eightfold path.

Constantly murmuring about the Paths of Change Gibbermaw is still a mighty warrior of unprecedented strength and viciousness..

Also one of the very best miniatures I’ve made and very tzeentchian while not being cartoonish as I think the new plastic horrors are.

Next up I’ll start on the bestigors and the doom bull I think.