More progress and I’m starting to see the end now. Though I made yet another two warriors..

I think I mentioned earlier when dropping the stalkertank build that I had thought of a medium sized big guy but dropped that as well.

What can I say beyond..he’s back in the running.

The initial idea I had for the Pact was running a close combat oriented warband but with a couple of long range weapons. So the marksman/sniper idea is by no means new but that role was filled by the laxotl until I scrapped him. Instead I decided to make a human based one.

The idea is that he’s a injured veteran filling a new role protecting the warband from afar. Not a desired role in the Pact but one born out of necessity

Functional wargear, also for hand to hand combat if needed

Modified lasrifle. Note especially the pointfinder. Most likely an improved version due to vision impairment

Still for all his injuries he is a very dangerous individual

Let me just say that both the rifle and the pose really was a pain in the behind. I didn’t have arms that fit so had to cut, repose, pin and sculpt them to fit.

But he’s all good now and I’ve already basecoated him.

I think this one is one of my favs in the warband. He just looks the business. 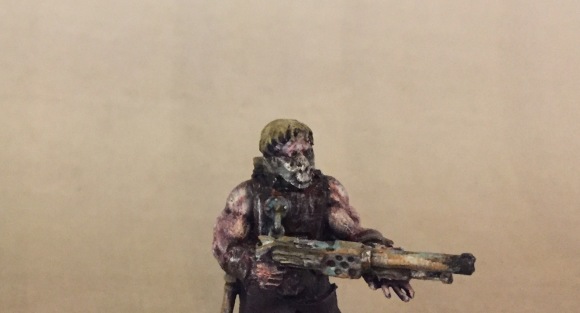 I tried bloodshot eyes if you can spot it. They’ve been at it for days maybe even weeks already and are very tired already 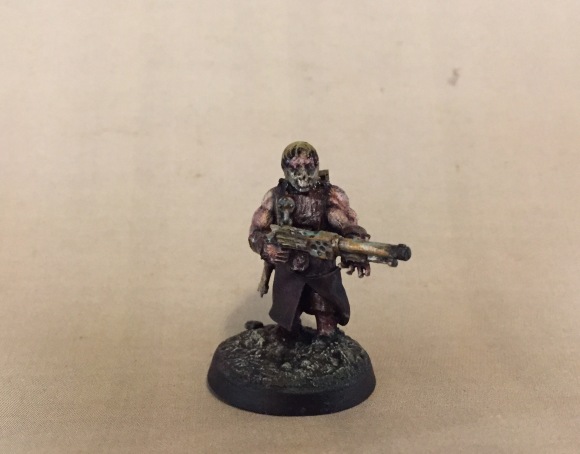 The shotgun is from the old Necromunda weapon sprues. I still have 5-6 of those very sprues

The head is originally a Blood Angels head as I wanted a “normal” hairdo. Makes him even more sinister as it shows that it’s normal men behind the grotesques. That makes their actions against their own even worse

Nasty little axe. Originally from the fyreslayer in WHQ

Roua gives me more punch and fills an immediate role in the warband, and I like everyone having dedicated roles so I spent s lot more time planning how I’d use them than I did with the tzeentch warband.

High Sirdar and the Butchers Hand

I’ve already said quite a bit about Krahnath ‘har as you can see here but in short he’s based on Castellan Creed and he’s a wall of a man. 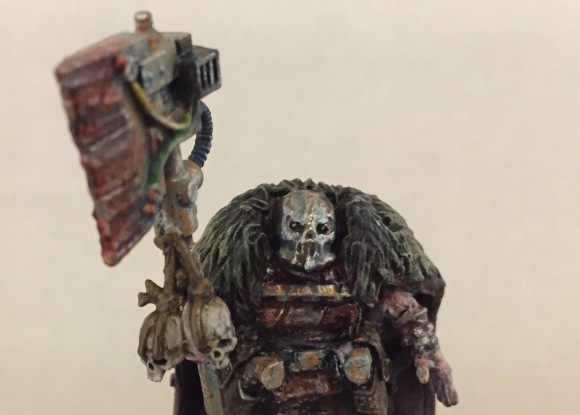 His grotesque is all consuming

Seeking only the best Champions and nothing less

As I started with, my warband of Blood Pact is almost done. In the beginning I was very uncertain of the results (especially in comparison to Helge’s Black Pox) but I can safely say I’m very happy with my guys now 🙂

What do you think however?