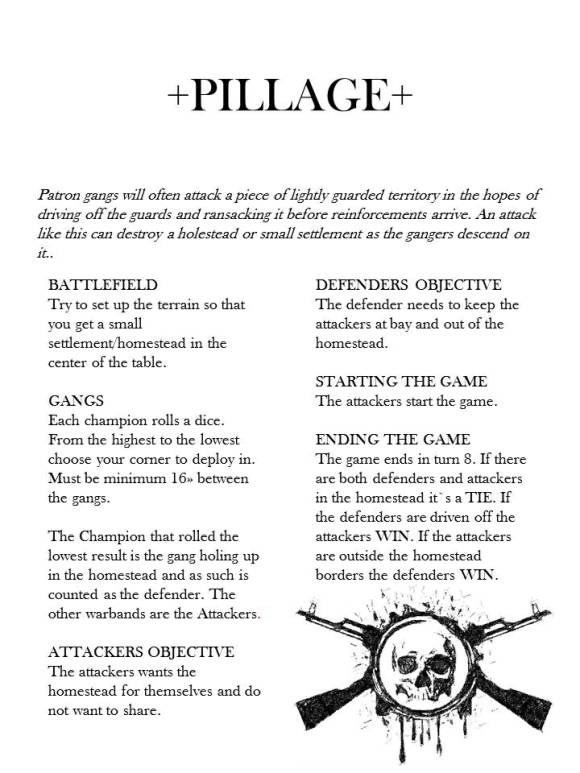 The gangs now have a better understanding of who they are facing. The insidious Blood Pact however manages to convince the Oratio that the Black Pox is the biggest threat and that they should pillage their territory to weaken them..

The Oratio agrees after suffering a bad blooding from the Black Pox in the Hit and as such..the Black Pox are the Defenders..

The Black Pox in their current homestead..believing themselves safe..licking their wounds and plotting revenge on the deceitful Blood Pact that stole victory and glory from them..

The Oratio cannot conceal the giant anymore and they burst through the settlement with it at the forefront..

The Blood Pact has found a strong position..yet again finding a key position for the sniper..

The Black Pox are quickly alerted to the presence of the others as their stink clogs the delightful smell of bile and pus..

The Pact are now confident in their tactical superiority but their Patron God puts it in the right as the newest ganger to join turns into a Bloodwolf…the influence of Hormidac the Goremage has yet again undermined the Butchers plans..

The Oratio and the Blood Pact assail the Black Pox with everything they have…the Krek of the Oratio..channeling flames of tzeentch from their host, the Oratio champion, blasts the pestigors, taking one down.. 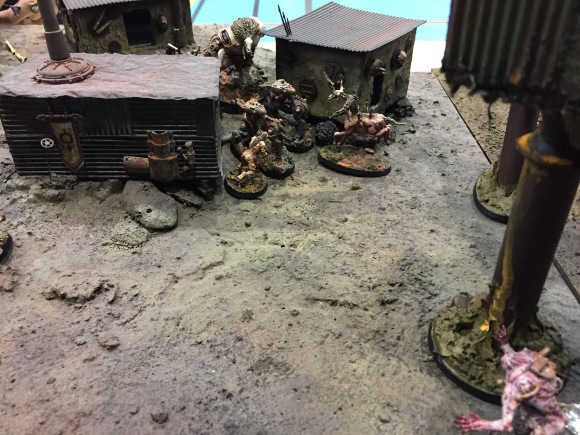 The hunting hounds of the Pact are lured into making an early assault..this must have been planned by the Crimson Queen as they are brutally assaulted and taken out of action without the chance of retaliating even.. 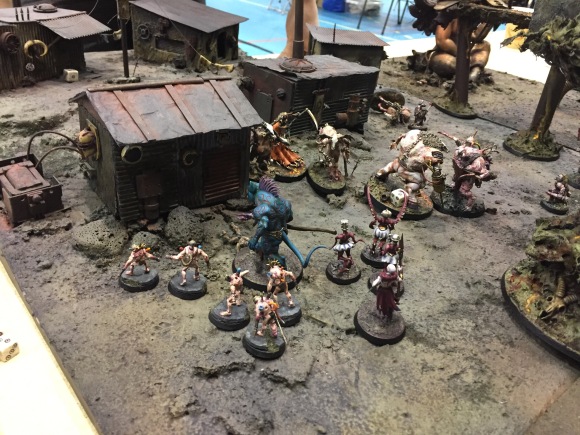 As the warbands collide the Pox aim to block the Pact while they go all in on the Oratio..killing the giant as it stomps in panick and inflict many wounds on the Pox..however the Pact has arrived and the Butcher guns down a pestigor and charge in with his warband.. 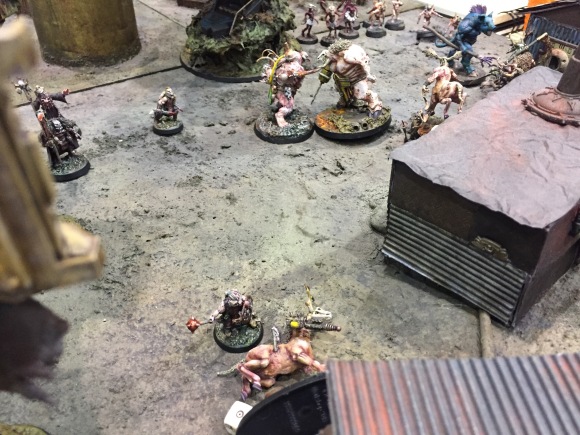 The Alfa takes on the foul minotaur..while Uldun strikes a fallen centaur..

The Oratio are still dangerous, even without their giant…they take out both the Crimson Queen and the Champion of Pox..while the Pact deals with the minotaur..with so many of the Pox leaders down the last pestigors flee the homestead leaving only the Oratio within its borders..winning them the battle..

One thought on “Vortapt IV. Pillage”