As the field has been levelled out…the Patron gods are pleased at how this little contest has played out with their pawns..now it is time to fight for scraps as resources are scarce and absolutely vital for survival in the barren lands of Vortapt IV..

Wary of each other now…all warbands move cautiously forward..

The handler turns into a bloodwolf..scattering the hounds and leaving the Pact weakened before the battle for the loot has begun.. 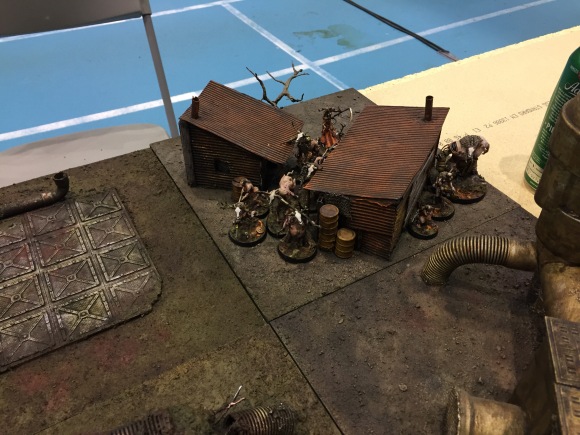 The Crimson Queen has taken a more reserved position, pushing her pestigors in front with the Champion of Pox in front.. 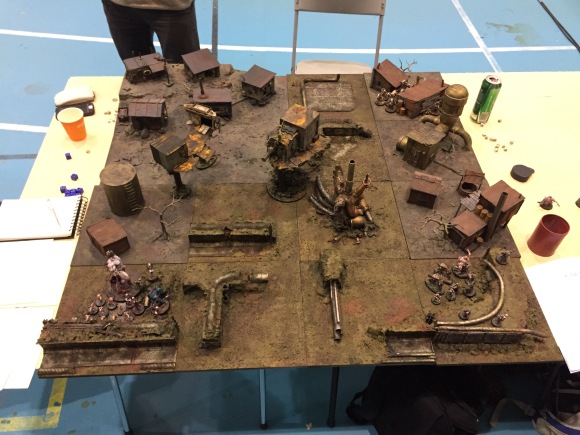 The loot from the caravan in the center…at the very top of the field..

Dark magic..gifts from their Patron Gods the Oratio sends the blue skinned mutant through a tear in reality and on to the loot immediately.. 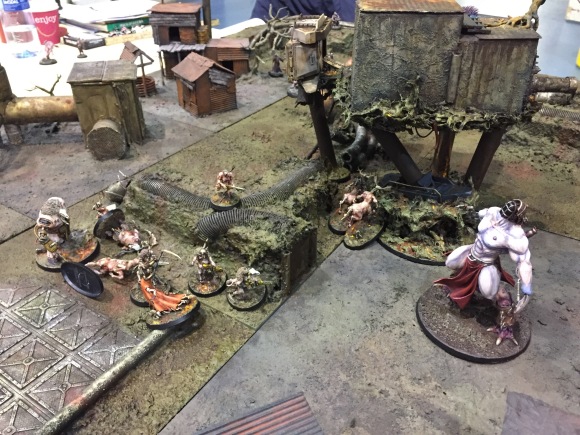 The Pox moves fast forward but several fall down due to the virulent disease that even their bodies can`t take.. 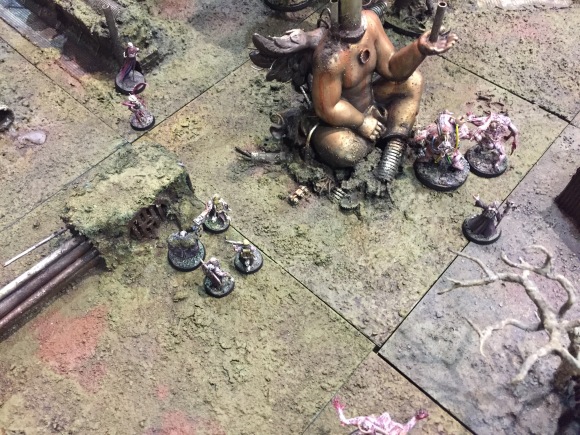 The Blood Pact divides to try and outsmart the Oratio…

However the Oratio is prepared and have a fearsome amount of Krek established to rain down flames of tzeentch on the unvary..but the scraps of armour the Pact wears protects them from the incoming fire..

The Oratio champion takes her most loyal servants to repel the Blood Pact who tries to take her out..however they are easily repelled..

The Pox releases its hold and the warband assaults the giant with full force and virulent fury..

The Krek runs in to reinforce but the giant is brought low before they can reach it…the Oratio kills the Butcher..but his Patron God resurrects him just to let him be struck down again..

More and more Pact warriors turns into bloodwolves but the mindless beasts fight without plan nor reason..

The Pox takes control of the loot, fighting off a mighty Acolyte of Oratio..

Hormidac and a bloodwolf race to get the loot from the Pox but are easily turned away as the Pox now has complete control of the loot, and wasted it between their bile covered hands…yet won it for their own causes..