Damn this year has just ended before it started! Or at least that’s what it feels like.

Been my most productive year ever and that’s actually saying something. So as this is a hobby blog primarily lets dig in on the good stuff.

Not in PIC, KoS, DP of Slaanesh, 5 flamers

I had a really good start and painted up 2150 points almost right off the bat. Admittedly the scheme is simple, bases are dull but the overall effect isn’t half bad. But I learned a lot here and I took that with me.

I’ve now sold and given away the entire army. The tzeentch part was sold to a new player in our group, fiends where traded for some Hobgoblins and the remaining slaanesh given to my buddy Geir (who I owe big time as he’s given me tons of stuff).

One day I’ll return to Chaos in 40k as I’ve never really got to grips with a concept I was happy with but I love the imagery and fluff. Ah well. 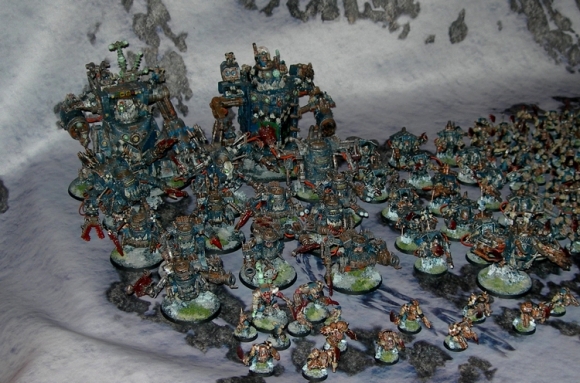 That’s a whooping 3900 points at a very high table top quality. I still got approx 3k of unpainted Orks so a ton of goodies in the pipeline.

With this army I went back to my trusted realistic skin tone and started my “blue period” (where I’m obviously still stuck). I took the basing a bit further here and I think that they’re simple but very nice. The big thing I learned in this project was salt & hairspray weathering and using GWs technical paints. Both are awesome!

I always love playing with Orks and I now have a proper big Waaagh on its feet. Must try to get an apocalypse game in 2015 though.. 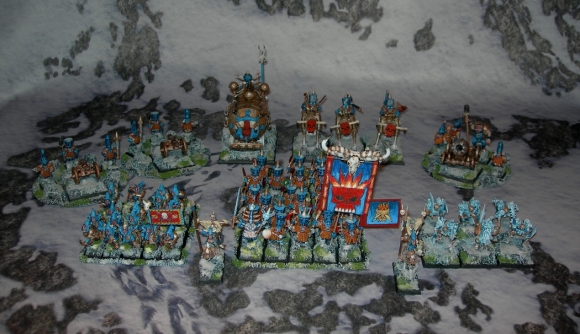 Another project that was a long time coming but boy how fun it’s been to get cracking on it! 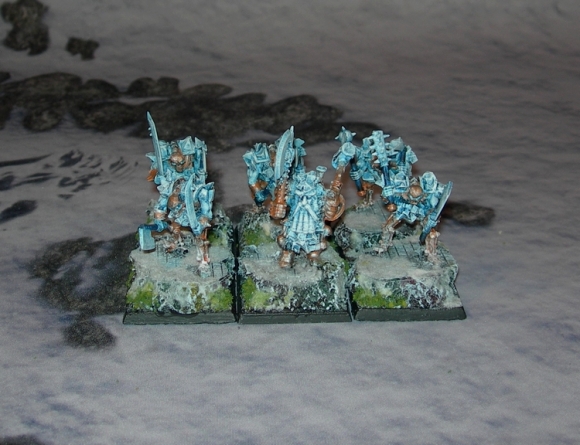 Normally I find two-three things I want to make a focal point in a project but this time I really gunned for the details on all aspects to get the complete package and to push my skill levels into gear.

As of now I have enough for a legal 2k list but in total with all upgrades this is 2552 points all painted and ready to go.

Summed up
2014 has without a doubt been my best hobby year ever on all fronts.

1) Painted 8000+ points over 3 armies – CHECK.
2) Going to the national miniature wargaming tournament 2014 – CHECK.
3) Constituting my gaming club and helping the next generation into this great hobby – CHECK.
4) Starting this blog and writing for BoLS, reaching a larger audience than ever before – CHECK.

So all in all, couldn’t be happier with this year’s hobby efforts 🙂

Plan for 2015
Oh boy. This one is actually quite difficult. Anyone who’s followed me for some time know my attention span is like a butterfly..

I know that I will get to the 3k point minimum with Chaos Dwarfs. Legal list.

I have 4 potential 40k army projects ready in their boxes.

I still have 3k of unfinished Orks.