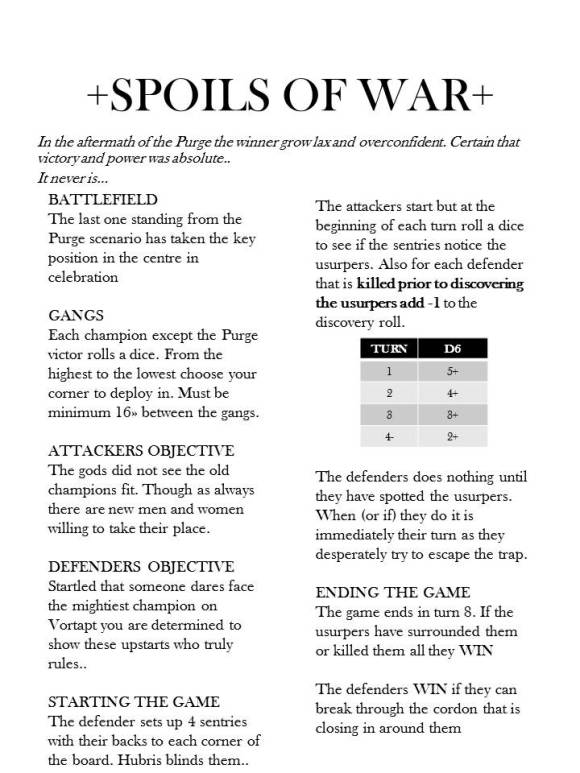 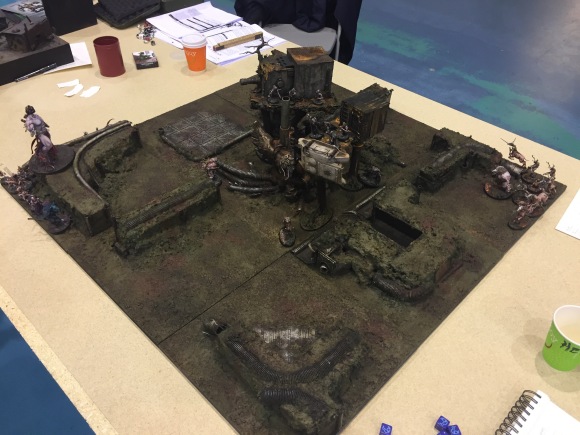 New champions in old warbands..usurpers..seeking to snub the Blood Pact of their victory..however their clumsy efforts at sneaking around the Blood Pact are immediately discovered..realizing that they are about to be encircled the Butcher orders a full spread to get as many as possible out before it is too late..Weir the sniper, the hounds and Alfa are ordered to stall them.. 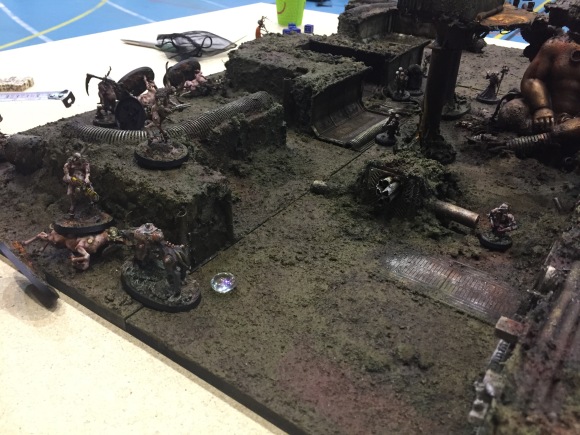 One of the hounds engage and lock several pestigors in combat so others can make a break for it.. 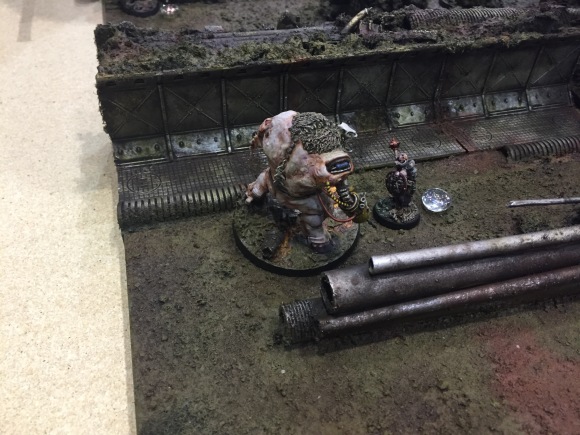 Uldun nearly makes it but then the minotaur is sent through a rent in reality and brutally stops him..this was also one of the secret missions of the Black Pox.. 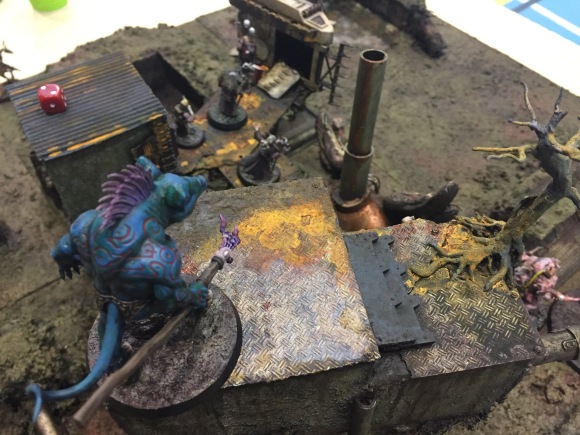 The blue skinned sorcerer also walks through a rent in reality to engage the Blood Pact immediately in their own stronghold.. 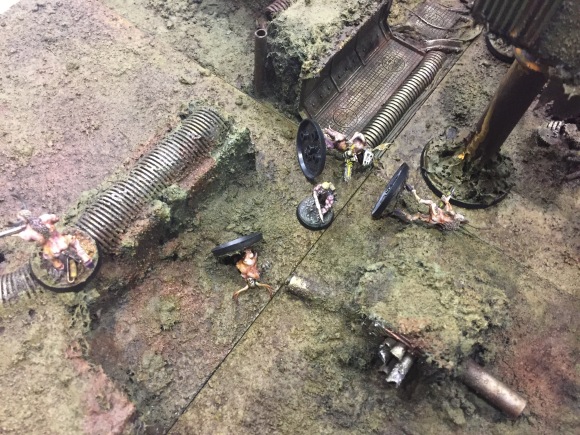 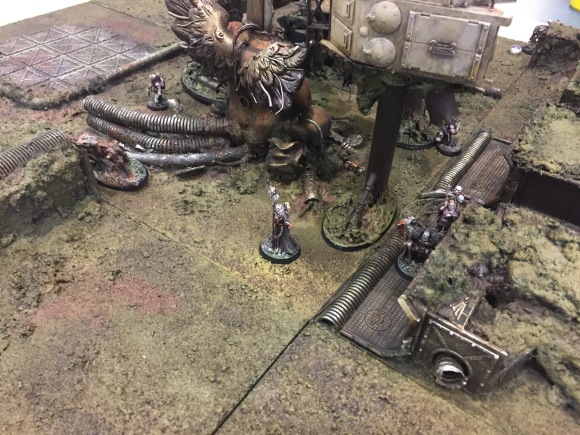 The commanders of the Blood Pact make a common front and escape together.. 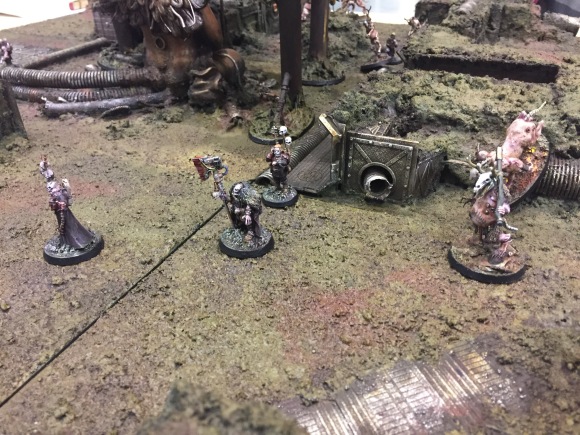 The new champion of the Black Pox challenge the butcher… 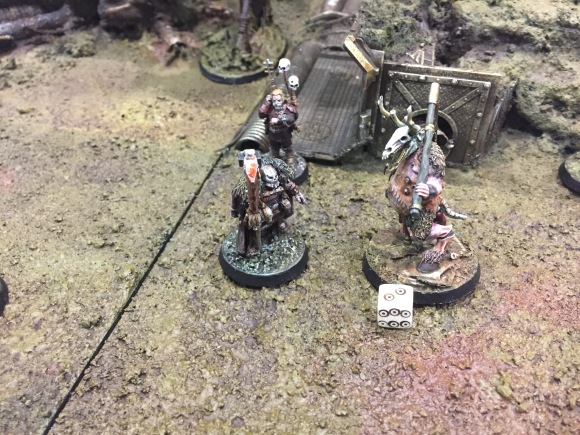 The Butcher responds in kind and kill the champion..gaining a patron point as a favour from the gods.. 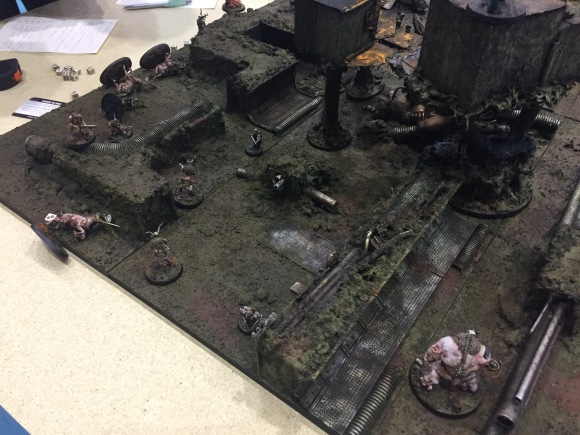 One of the hunting hounds and Uldun are taken out..still one of the Blood Pact are perilously close to making the escape.. 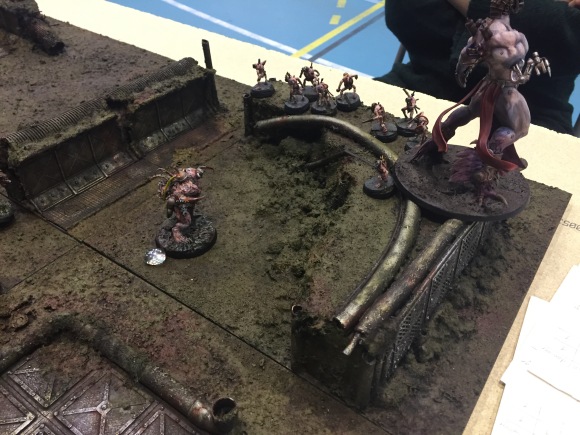 The Alfa absolutely brutalizes the giant and sends it fleeing..however the Alfa is not done and wants to fell the giant beast.. 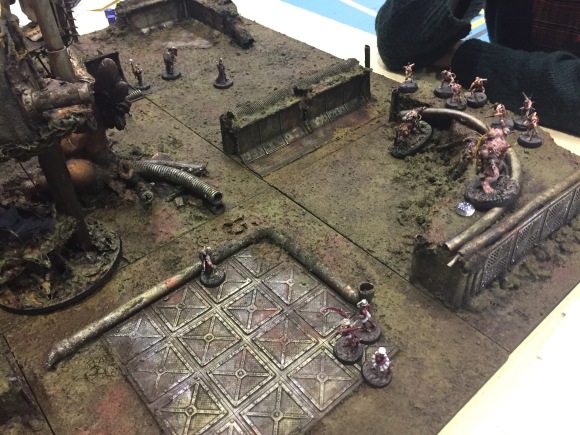 Yet again thundering against the giant, he strikes it in the back and kill the beast..releasing it from this harsh world…a hunting hound is sent in to deal with the Krek as well.. 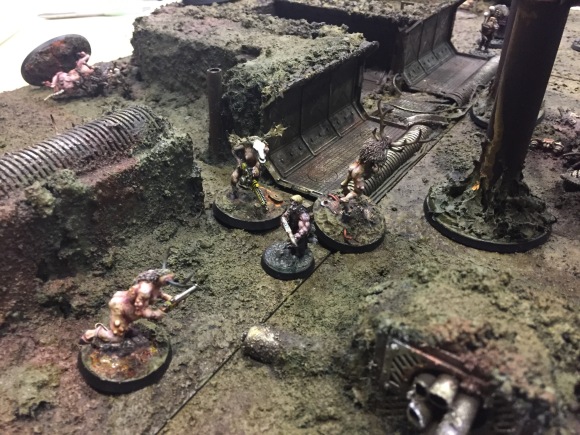 Roua is full on surrounded but seems content to dish it out under overwhelming odds..

Another sacrifical pawn to let his leaders escape…the Oratio easily cuts him down.. 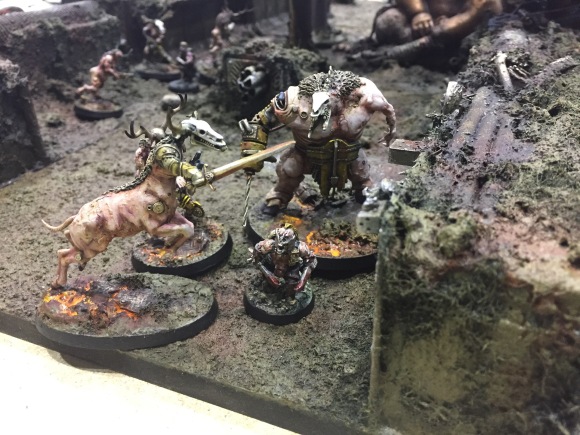 So close…yet oh so far away…the Black Pox makes short work of him..shutting off another avenue of escape.. 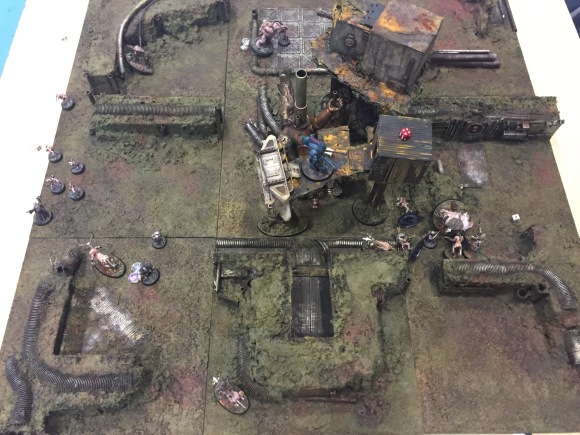 Seemingly the battle was lost for the Blood Pact…yes the Butcher made his kill…Alfa was locked in combat with the Oratio…Roua revelled in the midst of Black Pox mayhem, even taking it too them…Weir was smashed down by the blue skinned sorcerer… but then at the final moment the Blood Pact received a boon from the gods and Hormidac, the goremage fought himself free to make the escape securing it for the Blood Pact.. 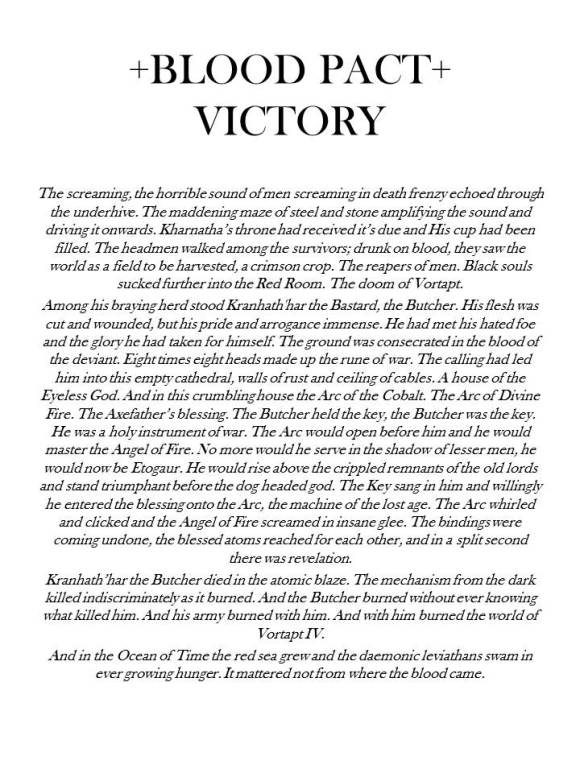